The AMX-004-3 Qubeley Mk-II was a prototype Newtype-use assault mobile suit developed by Neo Zeon for Newtype pilot Ple Two. The “AMX” in the model code refers to it being a mobile weapon developed in the Zeon asteroid base Axis. The “004” in the model code indicates that it was the fourth mobile weapon designed in Axis, and the “3” at the end means it was the third generation of the original AMX-004 Qubeley.

Later on, Ple defected to the AEUG with the Qubeley Mk-II to join Judau Ashta, whom she had come to regard as an adopted brother. Ple’s clone Ple Two was deployed in the field with the AMX-004-3 Qubeley Mk-II. The second Qubeley Mk-II unit had a new psycommu system that proved to be a great success. The Zeon command was pelased with the results and assigned Ple Two to MRX-010 Psyco Gundam Mk-II. 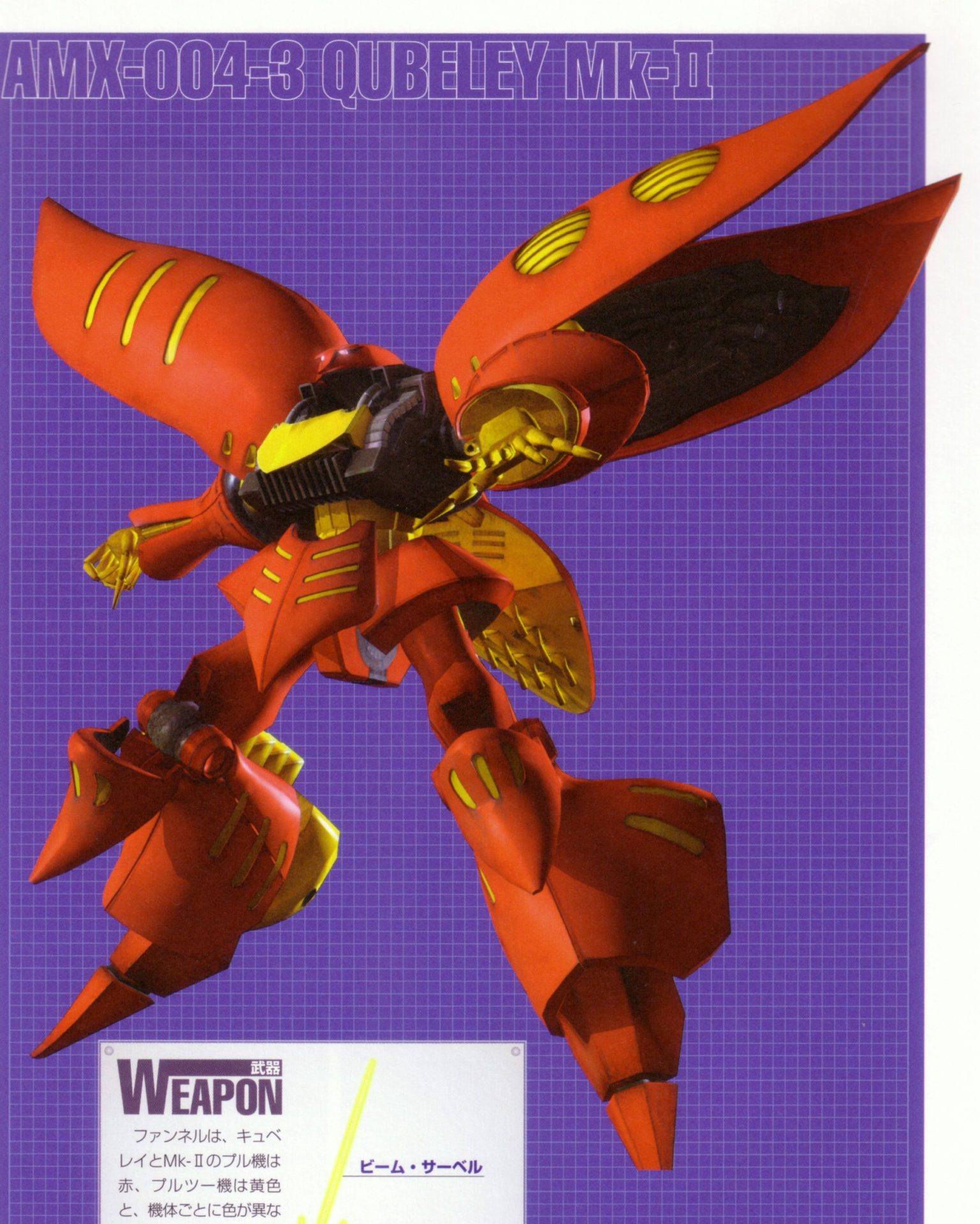 The Qubeley Mk-II had a panoramic monitor with linear seat in its cockpit located in its torso. Its armour was built from Gundarium alloy developed by Zeon at Axis.

Like its predecessors, the Qubeley Mk-II had a psycommu system that allowed its pilots to control the mobile suit with their brainwaves.

As brainwaves were unaffected by Minovsky particlesinteference, Newtypes were able to control remote weapon units with the psycommu system. The Qubeley Mk-II had a tail binder that contained twelve funnels, two more than the Qubeley. The funnels drew power from an energy capacitator that required recharging. They were recalled to the tail binder to recharge.

A pilot wearing the headset could control the funnels even when outside the Qubeley Mk-II. 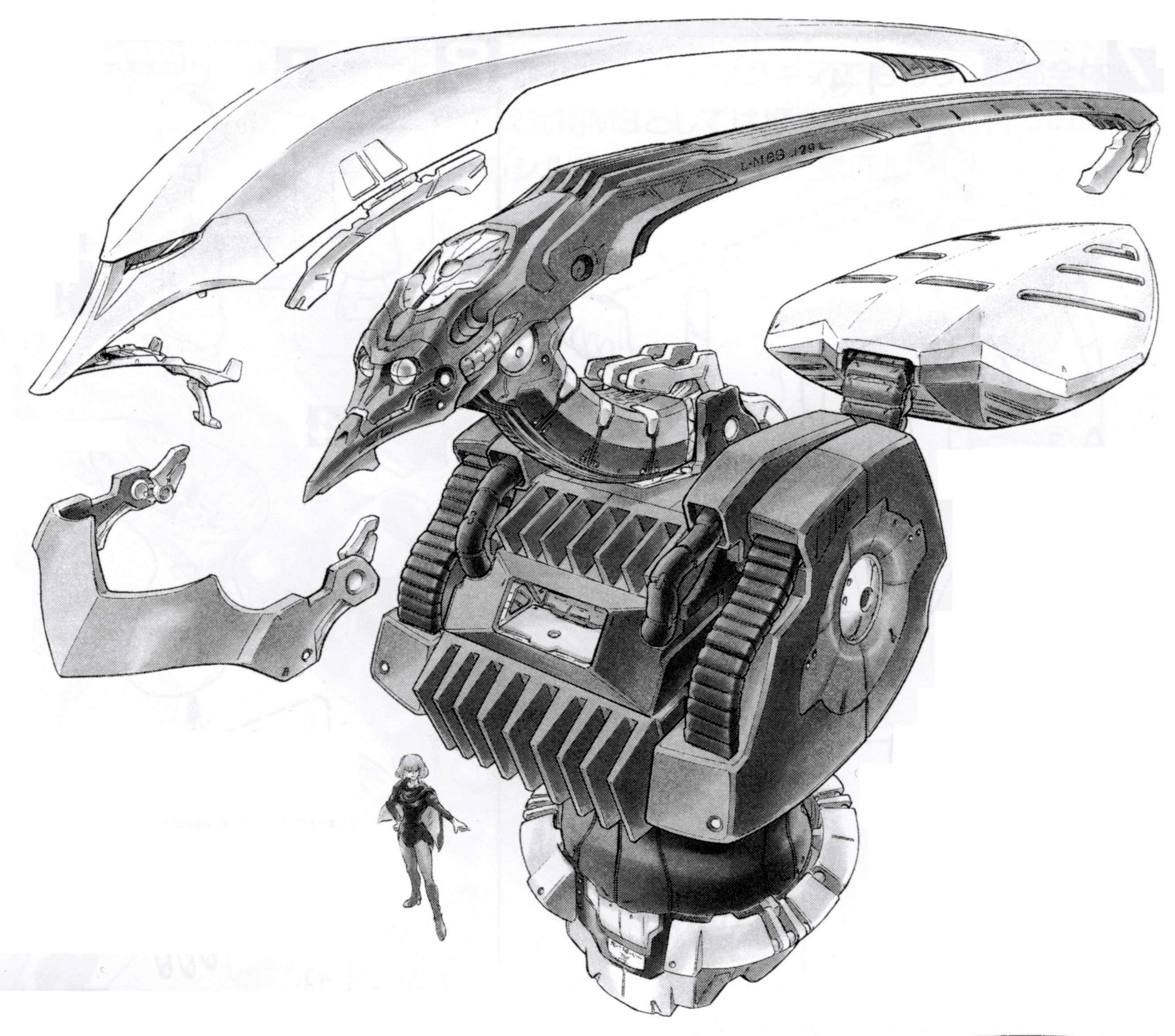 A pair of rocket thrusters with a combined output of 61,600 kg provided main propulsion for the Qubeley. The mobile suit had twelve vernier thrusters and apogee motors, several of which were built into the wing binders on its shoulders and the tail binder on its back to assist in AMBAC (Active Mass Balace Auto Control). This ingenious design that granted the Qubeley Mk-II phenomenal mobility. The mobile suit had two independent wing binders on each shoulder, giving the pilot full control of the suit’s movements. The Qubeley Mk-II’s main thrusters were mounted under the wing binders instead of on the back like most mobile suits to accomodate the tail binder. 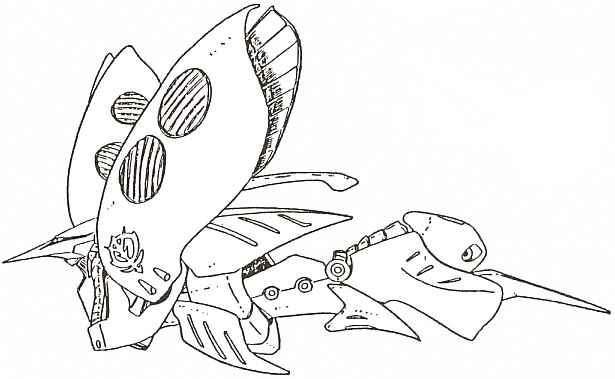 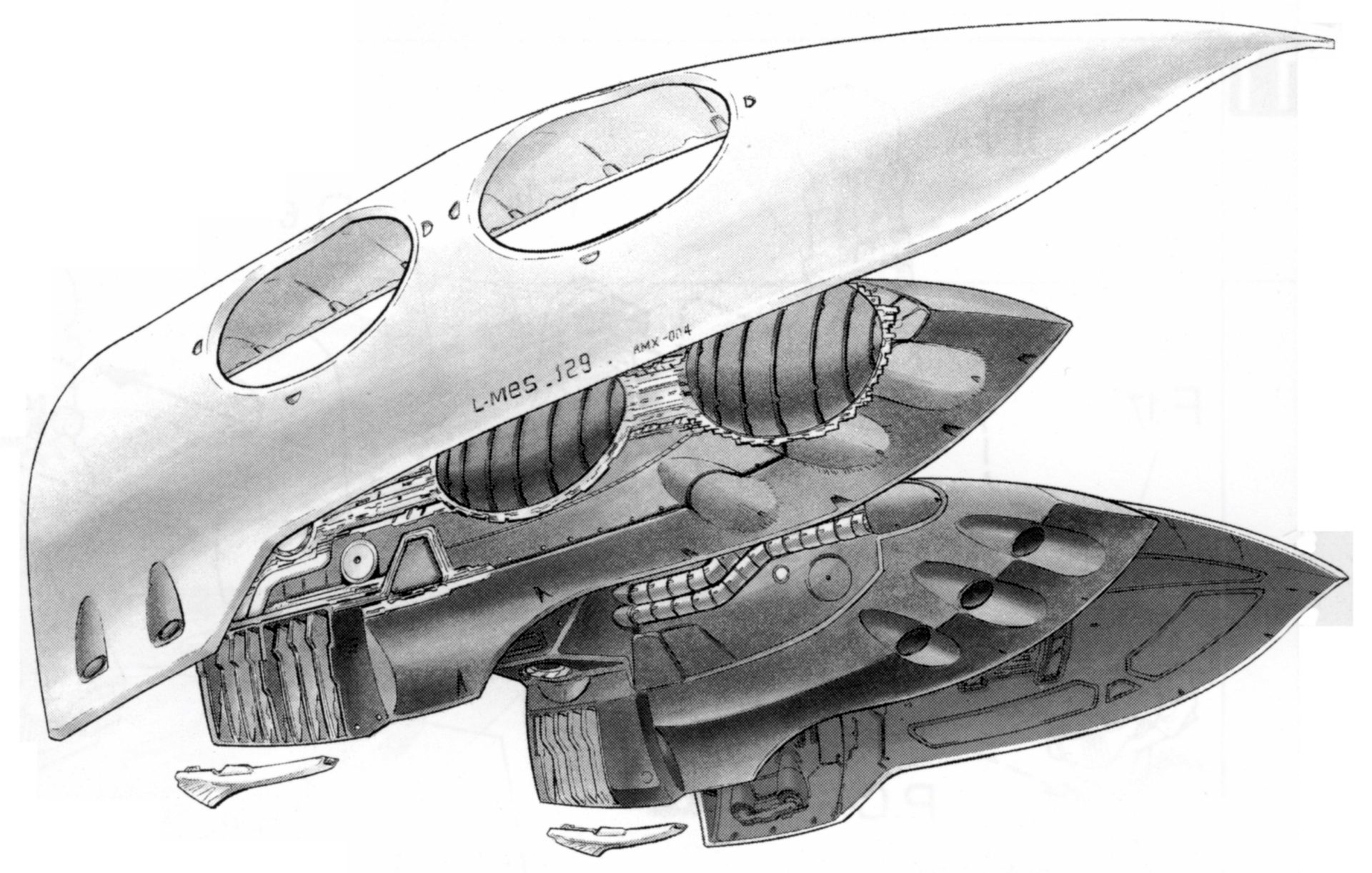 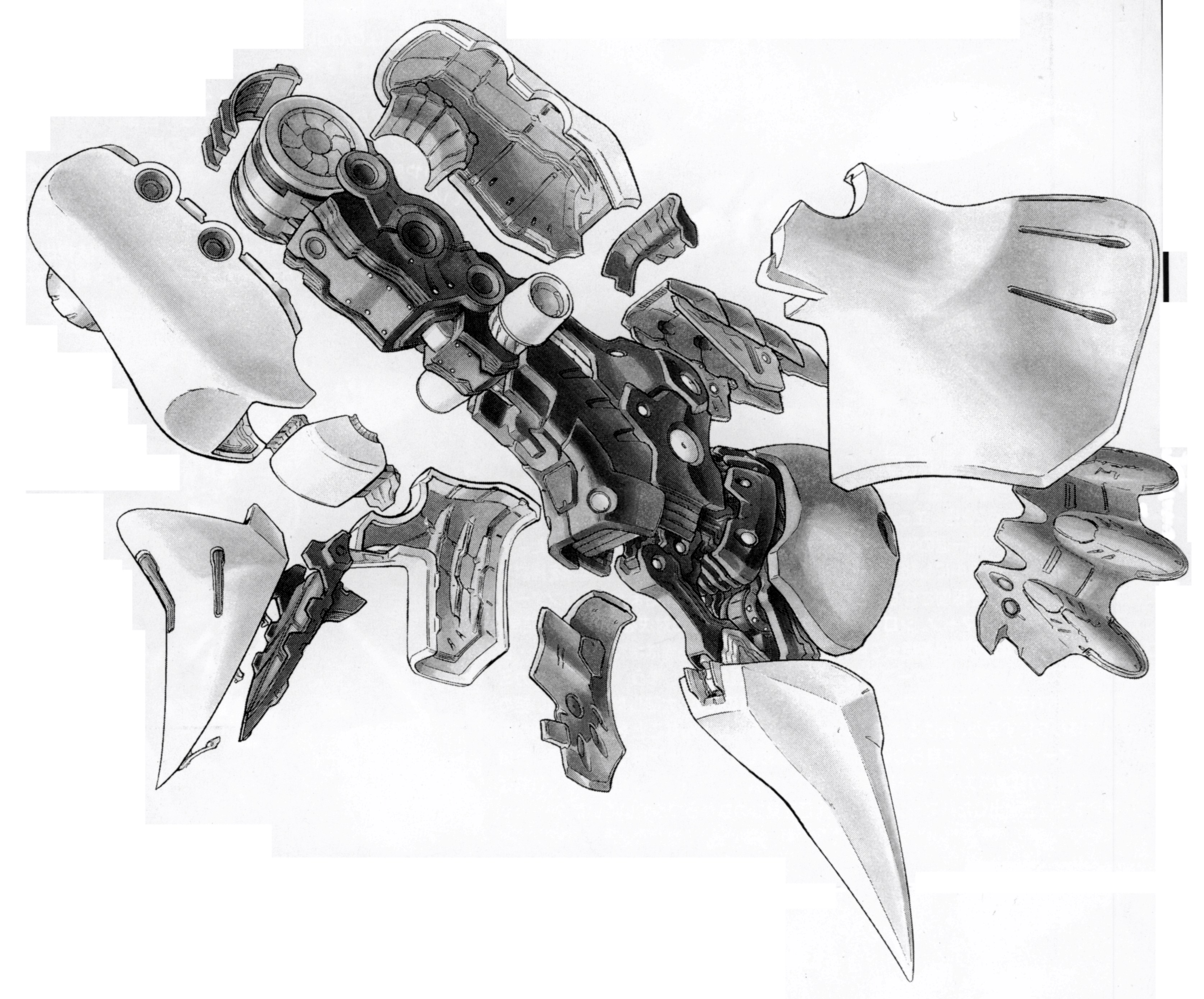 AMX-004-3 Qubeley Mk-II’s standard weapons were a pair of hybrid beam sabres that could function as beam guns and beam sabres for ranged and melee combat. It also had remote-controlled funnels that had beam guns mounted on them. The funnels allowed the Qubeley Mk-II to strike at enemies at long ranges.

The hybrid beam sabre had two modes: beam gun mode, and beam sabre mode. A hybrid beam sabre was stored in each of the Qubeley Mk-II’s forearms. When mounted in the forearm, the sabres were in beam gun mode and drew their rounds from the suit’s Minovsky reactor. Minovksy particles broke down matter at a molecular level, allowing the beam gun bolts to penetrate even the thickest armour. This meant that a single shot could destroy a mobile suit. 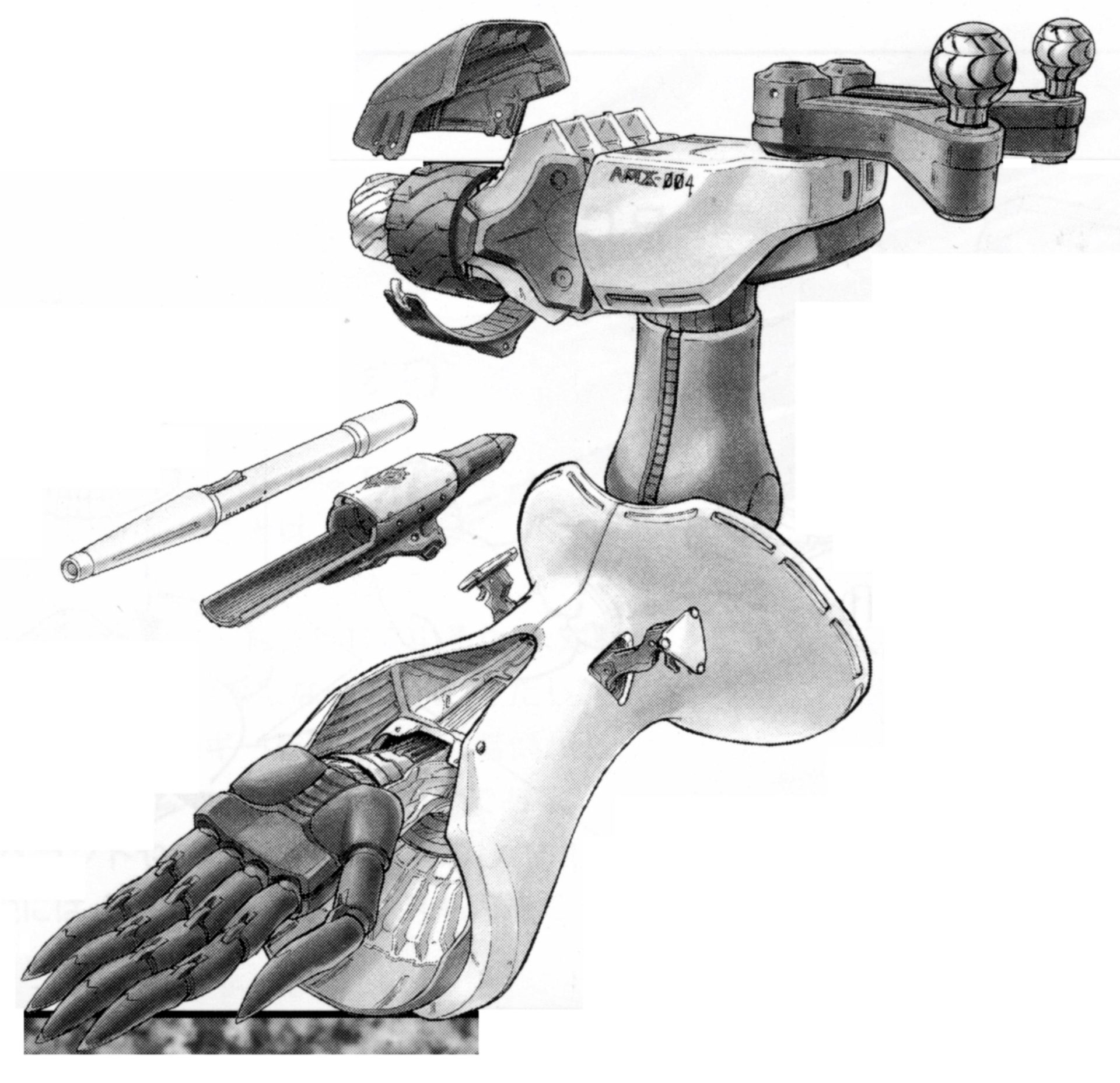 The Qubeley Mk-II had twelve funnels stored in its tail binder. Each funnel was powered by an E-cap. Although this allowed the to operate remotely for a certain amount of time, they had to be recalled to the tail binder for recharging when their power was drained. The E-caps recharged with Minvosky particles from the suit’s reactor. 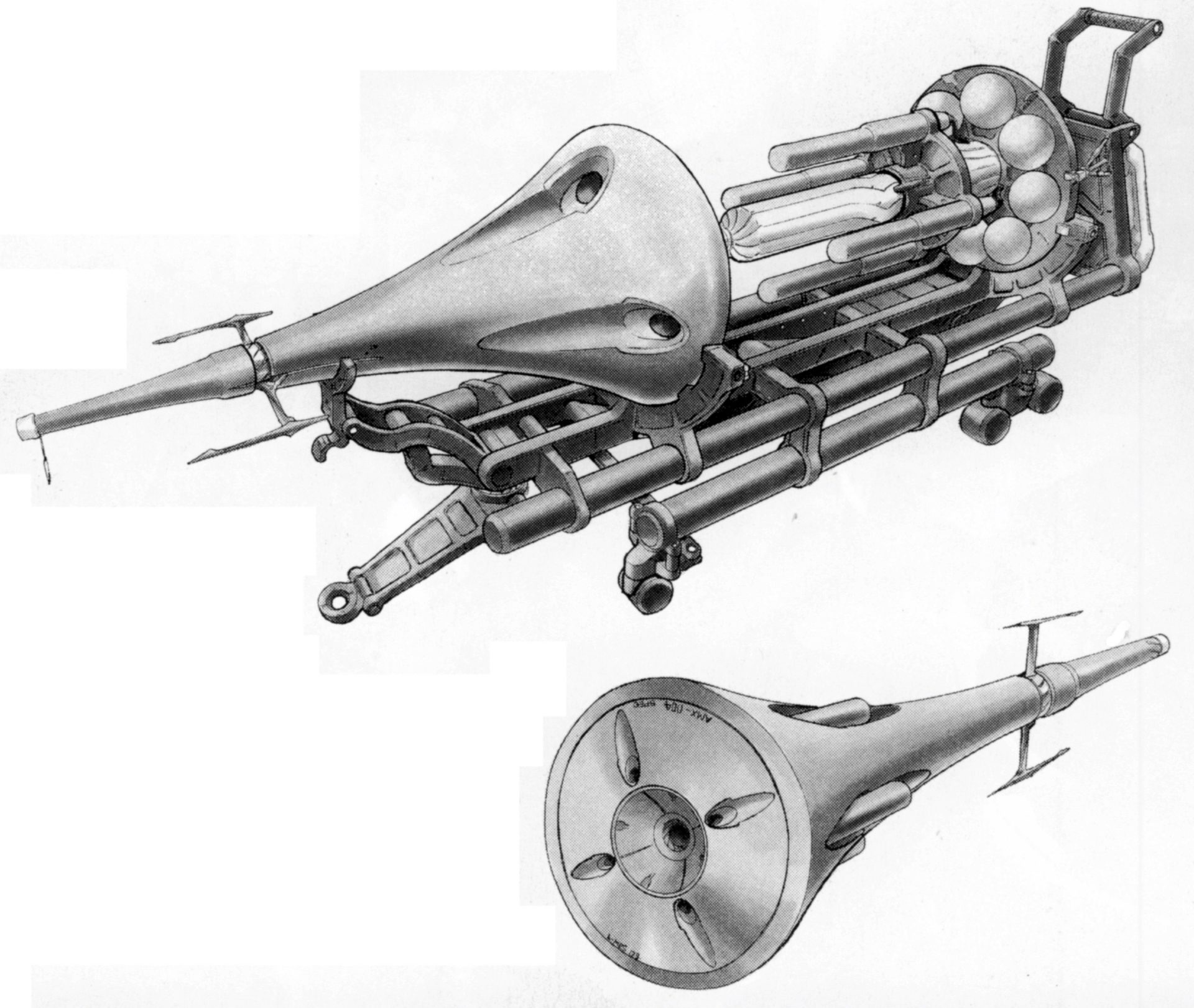 The Qubeley was named after the Greek goddess Cybele. In Greek mythology, Cybele is associated with mountains, town and city walls, fertile nature, and wild animals, especially lions.[foot]Cybele on Wikipedia.[/foot]

When Judau Ashta travelled with the Jupiter Fleet in Gundam Evolve, he encountered a AMX-004-2 Qubeley Mk-II being pursued by Neo Zeon mobile suits, AMX-014 Döven Wolf and the MS-06 Zaku II. Judau destroyed the enemies with his MSZ-010S ZZ-GR to allow the Qubeley to board the Jupitris II safely.