The Hi-Zack was one of the first new mass production mobile suits developed by Anahaeim Electronics for the Earth Federation after the One Year War.

After the War, Anaheim Electronics absorbed Zeonic Company, Zimmad, and MIP, mobile suit manufacturers that were affiliated to the Principality of Zeon. 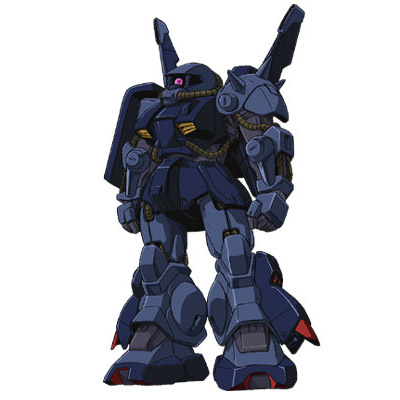 The RX-106 Prototype Hizack convinced the Federation to order a limited quantity of the YRMS-106 Hi-Zack Pre-Production Type for evaluation by Titans.

The Hi-Zack eventually proved to be popular with pilots and was mass produced in large quantities during the Gryps Conflic. It served as the mainstay of the Federation forces, in particular Titans.

Neo Zeon deployed some captured units during the First Neo Zeon War. The Hi-Zack was still in service in UC 0096 where it was seen being used by Republic of Zeon and Zeon remnants. 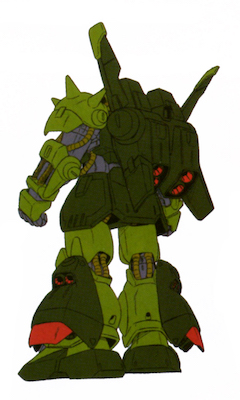 The internal structure and extrior apeparance of the Hi-Zack was heavily influenced by the Zaku II line. This is testament of the high operation and production reliablity of the Zaku II. 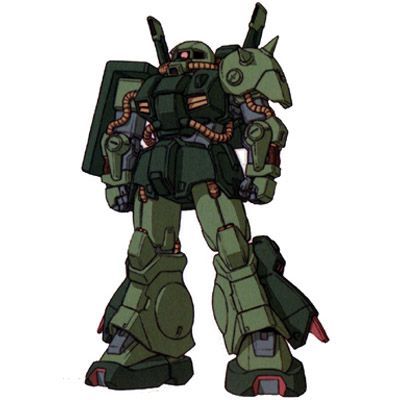 The RX-106 Prototype Hizack and YRMS-106 Hi-Zack Pre-Production Type used Luna Titanium alloy. However, the Hi-Zack used titanium alloy ceramic composite for its armour instead as it was more cost effective for meass production. The lighter armour meant that the Hi-Zack could carry larger fuel tanks to feed more powerful thrusters. This made it faster and more mobile.

It was equipped with four rocket thrusters with total output rated 64,800 kg, and 10 vernier thrusters for increased mobility.

The Hi-Zack was also the first mass produced mobile suit to come with a panoramic linear seat cockpit as a standard. 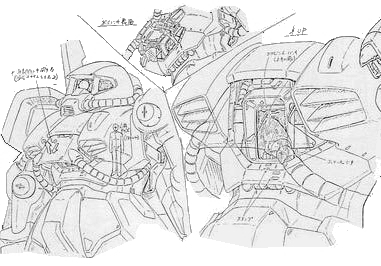 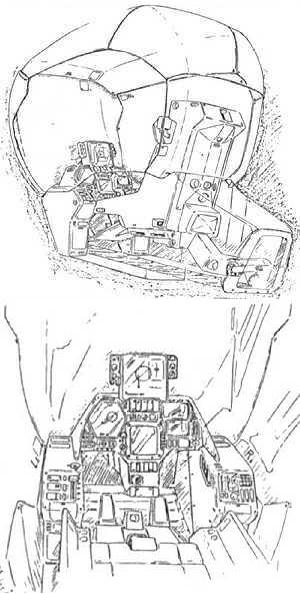 The standard weapons used by the Hi-Zack were a ranged weapon and a beam sabre for melee combat. Additionally, pilots could choose to carry the optional Heat Hawk. The ranged weapon was either a beam rifle or a machine gun, depending on the mission requirements or restrctions.

Minovsky particles were channelled into the sabre through an E-cap attached to its hilt. The E-cap recharged with Minvosky particles from the Hi-Zack’s reactor when the sabre was stored in the waist armour recharge rack.

The power generator of the Hi-Zack could not power the beam sabre and beam rifle due to its low output. Hence, the choice of ranged weaponry impacted on the effectiveness of the beam sabre in combat.

The Hi-Zack could equip an optional pair of 3-tube missile pods on each side of its hips. These were used for mid to long range bombardment, particularly against armoured enemies due to their armour-piercing nature.

These could be fired over a longer distance compared to the hand thrown grenades used by the Zaku II. The Hi-Zack could use the missiles while still firing its ranged weapon or engaging in melee combat

The (BOWA) BR-87A beam rifle< fired concentrated mega particles. It was power rated at 2.2 MW and was powered by rechargeable energy caps.

However, the low output of the Hi-Zack’s power generator was unable to support multiple beam weapons effectively, forcing the pilots to choose between the beam rifle or beam sabre.

The 120 mm machine gun was a new version of the ZMP-50D machine gun used by the Zaku II line. It was drum-fed with 100 rounds per drum. It did not require power to be fired. However, that reduced its effectiveness against heavy armour.

Due to its low generator output, the pilot had to choose the machine gun if they wish to use the beam sabre.

The Heat Hawk Type 5 was a melee weapon designed for the Zaku II. It was an axe with a super-heated metal blade that could melt armour as it cut. The Hi-Zack was designed to support the use of the Heat Hawk. The thermal energy was generated by the Hi-Zack’s fusion reactor and relayed through it’s hands to the Heat Hawk. 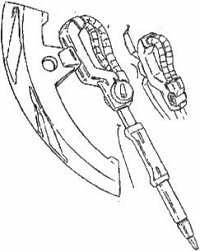 It was mainly used in close combat or against enemy ships. The Heat Hawk was kept in the waist armour storage rack when not in use. If the Hi-Zack was armed with the beam rifle, it would have to bring along a Heat Hawk for melee combat as it would be unable to use the beam sabre due to its low power generator output.

Aside from the beam sabre, the Hi-Zack was equipped with a shield on its right shoulder as a standard fixed armament. The shield provided protection againt melee and projectile attacks. 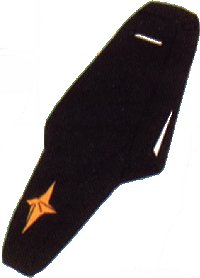