The Gaw was an atmospheric attack carrier produced by the Principality of Zeon.

The Principality of Zeon held the upper hand at the start of the One Year War with their superior mobile suits. The Gaw was developed as a mobile fortress to spearhead the Zeon invasion of Earth. 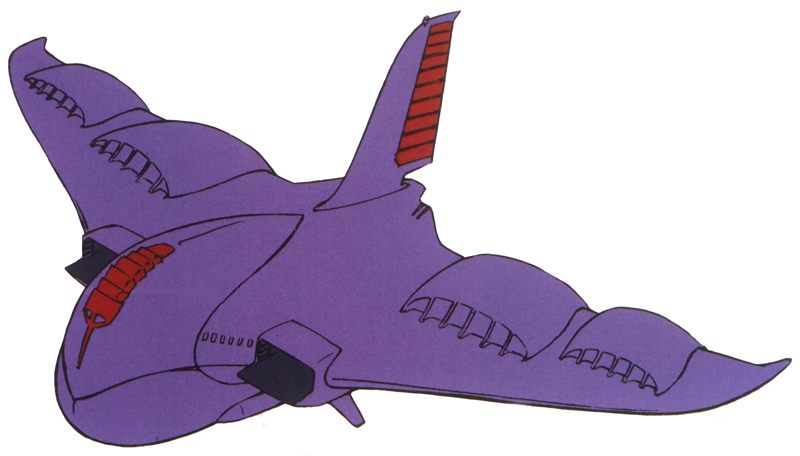 When the Earth Federation started deploying their mobile suits, the Gaw’s vulnerability was exposed. The Gaw’s sheer size and lack of mobility made it an easy target. Its lack of anti-mobile suit defence meant that it had to rely on its armed escort to deal with enemy mobile suits.

The Gaw captained by Garma Zabi was shot down by Pegasus-class carrier White Base.

Several Gaw carriers were deployed in the Battle of Jaburo, in which Zeon attempted to take over the Federation’s General Headquarters. The carriers suffered serious damage from anti-aircraft fire from Federation ground forces.

The carriers conducted carpet bombing at night to distract the Federation defence while the Mad Angler-class submarines infiltrated Jaburo. 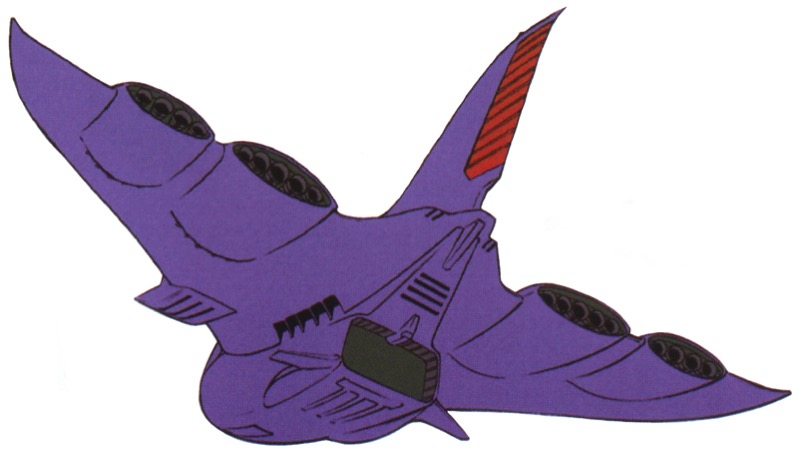 After the war, the Gaw was developed into the Garuda-class transport plane, which took the title of being the largest aircraft.

The Gaw was designed to carry mobile suit teams as mobile suits had poor movement capabilities over long distances. 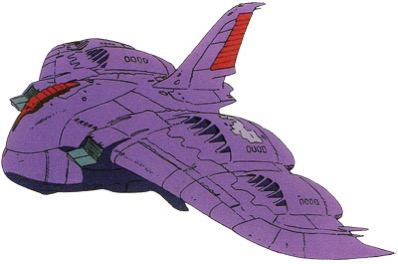 Gaw from The 08th MS Team

The carrier was powered by two Minovsky-type thermonuclear reactors, giving it an almost limitless operating range. Although it had eighteen thermonuclear jet engines, 30 percent of the total thrust was directed downwards to provide lift.1” Gundam Century “, Minori Publishing, September 1981 This greatly reduced its maximum flying speed and made it a more vulnerable target.

The design of the Gaw was conceived in space with the simulation of atmospheric resistance and gravity conducted in a colony. Thus, the performance of the carrier was reduced when deployed in Earth’s atmosphere. 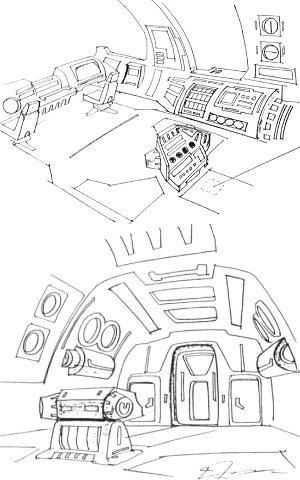 The Gaw carry up to eight Dopp fighters, three mobile suits, and six support vehicles. The mobile suits were usually transported were the MS-06F Zaku II, the MS-07B Gouf, the MS-09 Dom, and the MSM-07 Z’Gok.

The Gaw was equipped with cannons for ship-to-ship and ship-to-surface attacks, and machine guns for anti-aircraft defence. It carried bombs for strategic and tactical bombings.

A twin mega particle cannon was mounted on each wing. These were the Gaw’s primary weapons and they were used to take out enemy ships and bases.

The Gaw had a pair of twin cannons mounted on the top of its nose. The cannons were its secondary weapons and provided it with firepower while the mega particle cannons recharged.

There were many anti-aircraft machine guns mounted at various spots to provide point defence. While these were effective against enemy aircraft, they were useless against the thicker armour of mobile suits.

The Gaw had a bomb bay that carried gravity bombs. These were used for carpet bombing.