The G-Fighter was a Core Block System support fighter produced by the Earth Federation.

The G-Parts was able to dock with the RX-78-2 Gundam to provide it with a different set of features and functionality to better meet the demands of the mission or battle tactics. 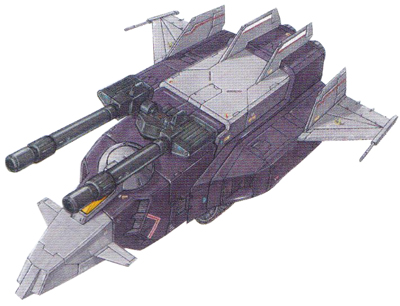 Two G-Fighter units were known to have served in the One Year War. Sleggar Law piloted one unit. He crashed it into the underside of the MA-08 Big Zam to disable the mobile armour’s beam-deflecting I-field, allowing Amuro Ray to destroy the Big Zam with his Gundam.

The other unit, which was primarily piloted by Sayla Mass, was assumed to have been lost along with the White Base during the battle of A Baoa Qu.

The G-Fighter was developed into the G-Bull and G-Sky. The G-Fighter Bomber Type was a variant of the G-Fighter designed to carry out strategic and tactical bombing missions.

The Earth Federation designed the Core Block System modular units, known as the G-Parts, to support the RX-78-2 Gundam. There were two sets of G-Parts: the A-Parts and the B-Parts. A-Parts consisted of a nose with a canopy cockpit, a set of caterpillar treads, and a pair of beam cannons. The B-Parts was a fuselage with four thrusters.

The G-Fighter was formed by combining the nose and beam cannons from the A-Parts with the B-Parts. It was more compact and lighter compared to other G-Parts configurations. This made it the fastest combination, and its speed was often employed in scouting missions. 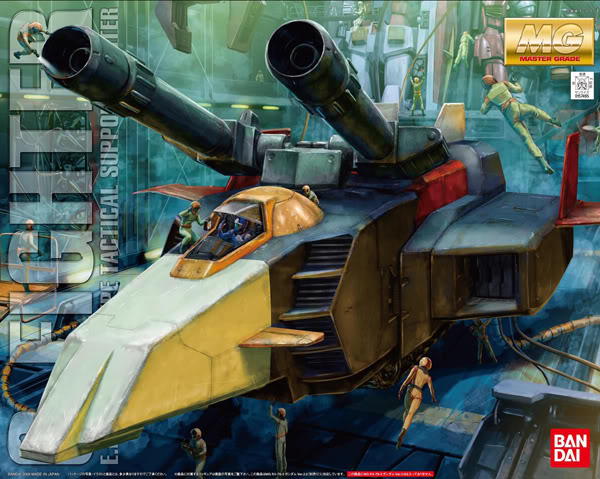 The G-Fighter was armed with beam cannons and missile launchers for ranged attacks. These were mounted on the A-Parts modular unit of the support fighter.

There were a pair of beam cannons mounted on the top of A-Parts, just behind the canopy cockpit. The cannons gave the G-Fighter fire-power that rivalled that of mobile suits, making it a formidable foe, especially given its high speed and manoeuvrability.

The G-Fighter had a missile launcher on each side of its nose. The missiles could be used against enemy mobile suits, ships or ground targets.

The G-Fighter only appeared in the Mobile Suit Gundam anime series. It was removed in the compilation movies, because Yoshiyuki Tomino wanted to make the movies closer to his vision of for the series. So elements that were considered closer to the super robot genre were replaced with real robot elements.

However, Yoshiyuki Tomino felt that the G-Fighter was considered closer to the super robot genre, instead of the real robot genre that he envisioned for the series. Thus, the G-Fighter was removed in the compilation movies, and was replaced by the FF-X7Bst Core Booster.