The G-Fighter Bomber Type was a ground bombardment fighter produced by the Earth Federation.

Following the success of the G-Fighter, the Earth Federation made modifications to its design to improve its capabilities in bombing missions. This resulted in the development of the G-Fighter Bomber Type. 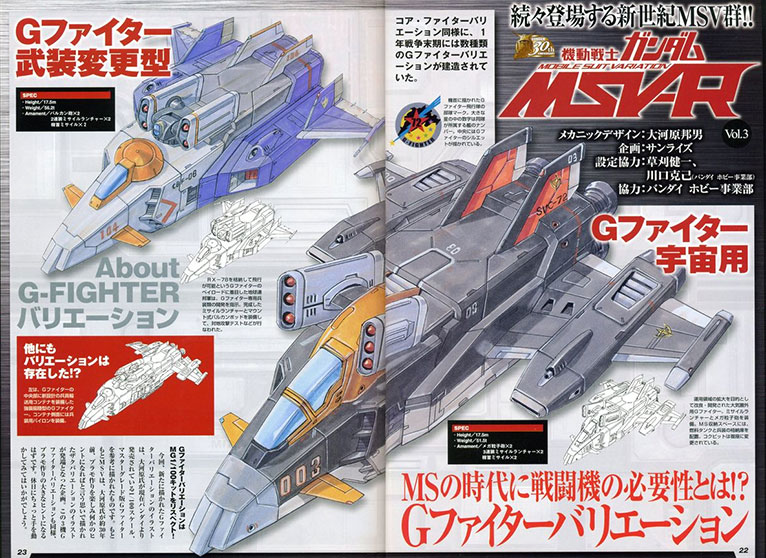 The space that was used to hold the docking equipment for the G-Parts and the RX-78-2 Gundam was converted to storage space for additional fuel tanks and bombs. 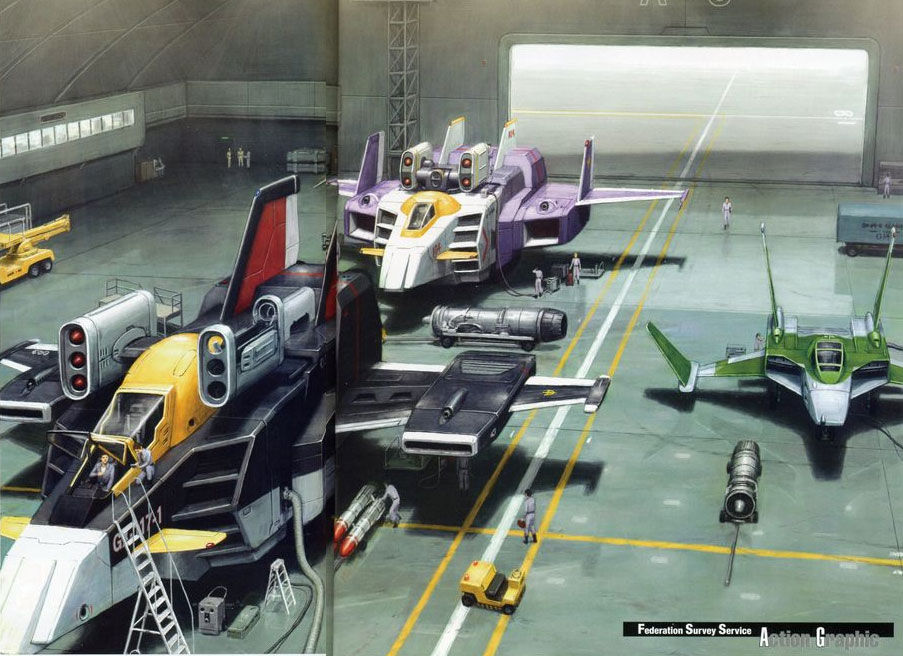 The beam cannons of the G-Fighter were replaced with missile launchers. The removal of the beam cannons reduced the energy drain on the fighter’s generators, allowing it to operate for longer durations. The vulcan guns were also repositioned in the Bomber Type accommodate the addition of missiles in the nose.

The G-Fighter Bomber Type was armed with vulcan guns and missile launchers for ranged attacks.

There were a pair of missiles mounted in the nose of the G-Fighter Bomber Type. These were added to compensate for the loss of fire-power due to the removal of the beam cannons.

Two 25 mm vulcan guns were mounted in each side of fighter’s nose. The four fire-linked guns were the primary weapon of the bomber. Although they were barely able to damage mobile suits, the gunfire could distract the mobile suit pilots while they try to take down the fighter.

There were a pair of two-tube missile launchers mounted on the top of fighter, just behind the canopy cockpit. The missiles could be used against enemy mobile suits, ships or ground targets.