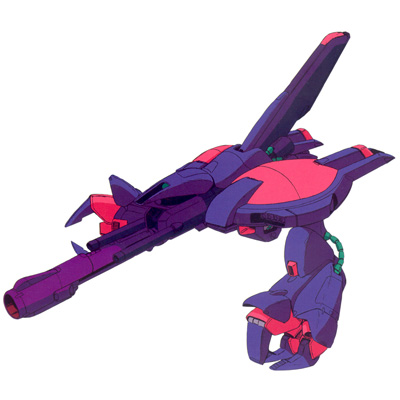 Using the feedback and data gathered from the Gaza-C and Gaza-C Type S units in the field, the Axis Zeon developed the AMX-006 Gaza-D. It had better performance compared to the Gaza-C, with improvements to its power output, speed and manoeuvrability. The Axis Zeon engineers reused most of the same parts and core frame from the Gaza-C to allow the production lines to transition easily to manufacturing the new model.

At the start of the First Neo Zeon War in UC 0088, Neo Zeon gradually replaced the Gaza-C with the Gaza-D at the front lines. The Gaza-D remained in service through the war and the Second Neo Zeon War, and continued to be used by Zeon remnants, including those that defended Palau during the Laplace Incident in UC 0096. 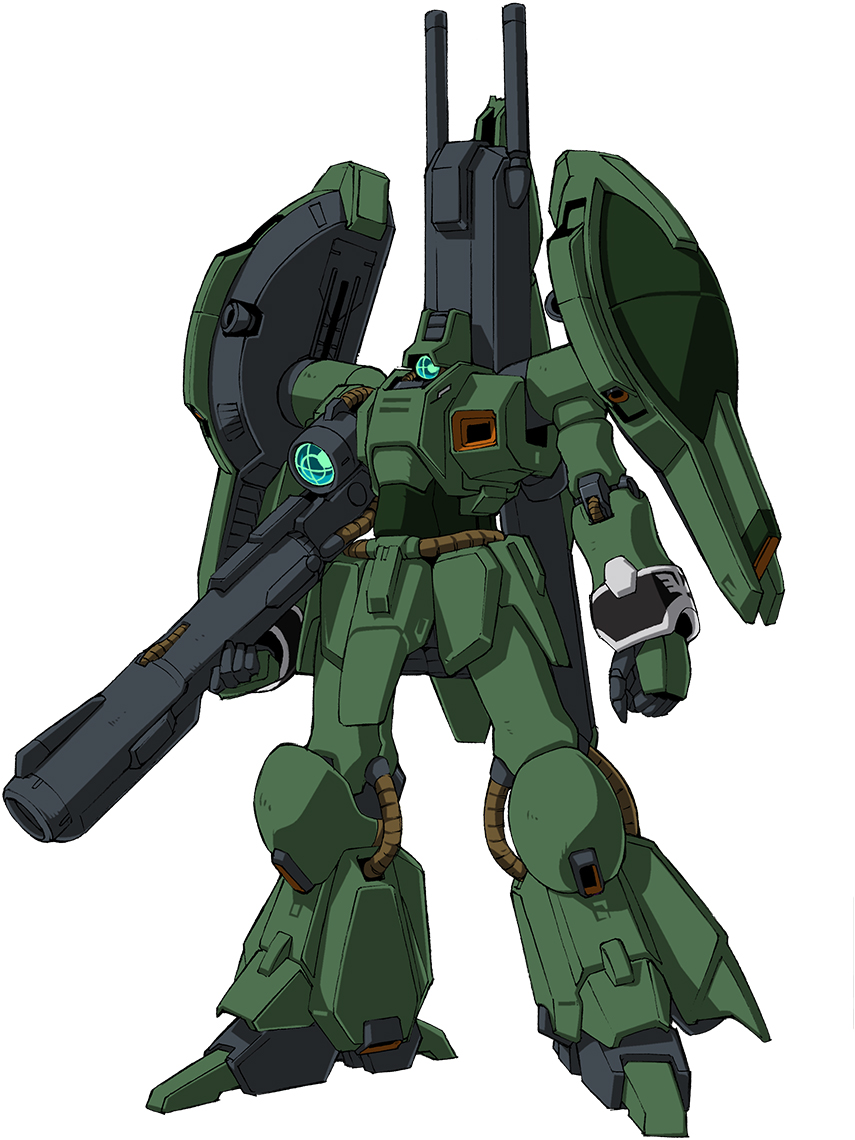 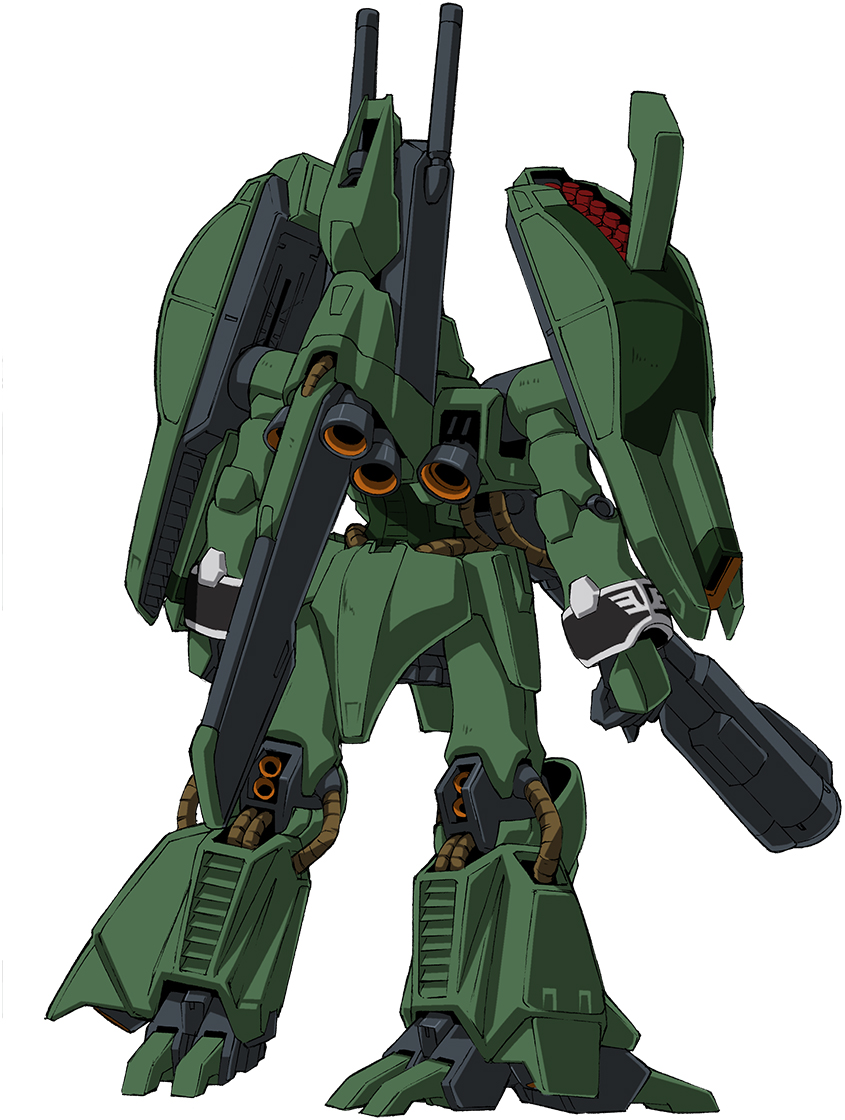 The AMX-006 Gaza-D was developed to use the same basic construction and transformation sequence as the AMX-003 (MMT-1) Gaza-C. Axis Zeon engineers designed it to use the same parts and core frame as the Gaza-C to facilitate the easy transition of the production lines to manufacture the new model. Using feedback and data gathered from actual combat, the engineers were able to get improved performance in the Gaza-D compared to its predecessor. The Gaza-D was faster, more manoeuvrable, and had greater power output, while packing heavier fire power.

The versatility of a transforming frame was very appealing given its proven advantages in the battle field. As such, many mobile weapons developed during this period of time could switch between mobile suit and mobile armour modes. The Gaza-D’s legs functioned as a pair of claws in mobile armour mode, allowing it to grapple enemy mobile weapons and then finishing the opponent off with its beam guns or beam cannon. 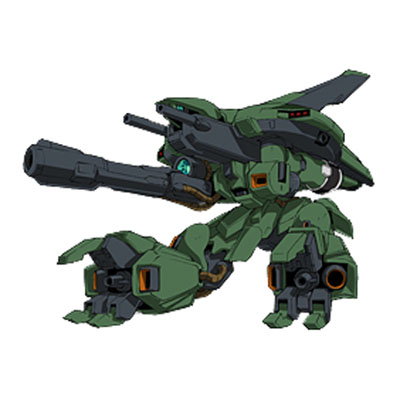 The Gaza-D was built with Gundarium alloy. It was a reproduction of the Luna Titanium alloy used by RX-78-2 Gundam that Zeon developed on Axis by Anaheim Electronics.

Six rocket thrusters with a combined output of 98,200 kg provided main propulsion for Gaza-D, almost 20,000 kg more than the Gaza-C. Twelve sets of vernier thruster and apogee motors provided fine adjustments compared to just four on the Gaza-C. These made the Gaza-D faster and more manoeuvrable than its predecessor.

The Gaza-D was equipped with a standard panoramic cockpit with linear seat. Instead of the cockpit in torso commonly seen in the Universal Century, its cockpit was located in the mobile suit’s head, below the main camera. This was done to simplify the transformation system by removing the need to account for the cockpit in the torso when transforming between the mobile suit and mobile armour modes. 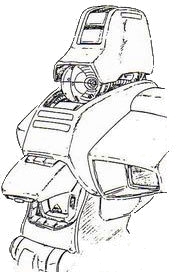 The AMX-006 Gaza-D’s standard weapons were missile launchers and beam guns. When it was in mobile suit mode, it could wield beam sabres for melee combat. It could optionally be equipped with a knuckle buster that was effective in either mobile armour or mobile suit modes.

The Gaza-D’s primary weapon was a pair of fire-linked beam guns mounted on the main body of the mobile suit. These had power output rated at 3.2 megawatts each. The guns were mainly used in mobile armour mode as their firing angle was fixed.

The guns drew their rounds from the Gaza-D’s reactor. Minovsky particles broke down matter at a molecular level, allowing the beam guns bolts to penetrate even the thickest armour. This meant that a single shot could destroy a mobile suit.

The Gaza-D had a pair of beam sabres that were stored in recharge racks in its shoulder binders when not in use.

Minovsky particles were channelled into the sabre through an E-cap attached to its hilt. The E-cap recharged with Minvosky particles from the Gaza-D’s reactor when the sabre was stored in the recharge racks of the shoulder binder.

Power output of each beam sabre was rated at 0.9 megawatts. 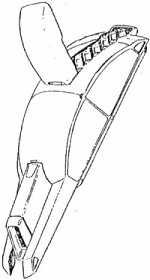 When in mobile armour mode, the Gaza-D could deploy itself on a surface and function as an artillery turret, using the kuckle buster to snipe at enemy units. 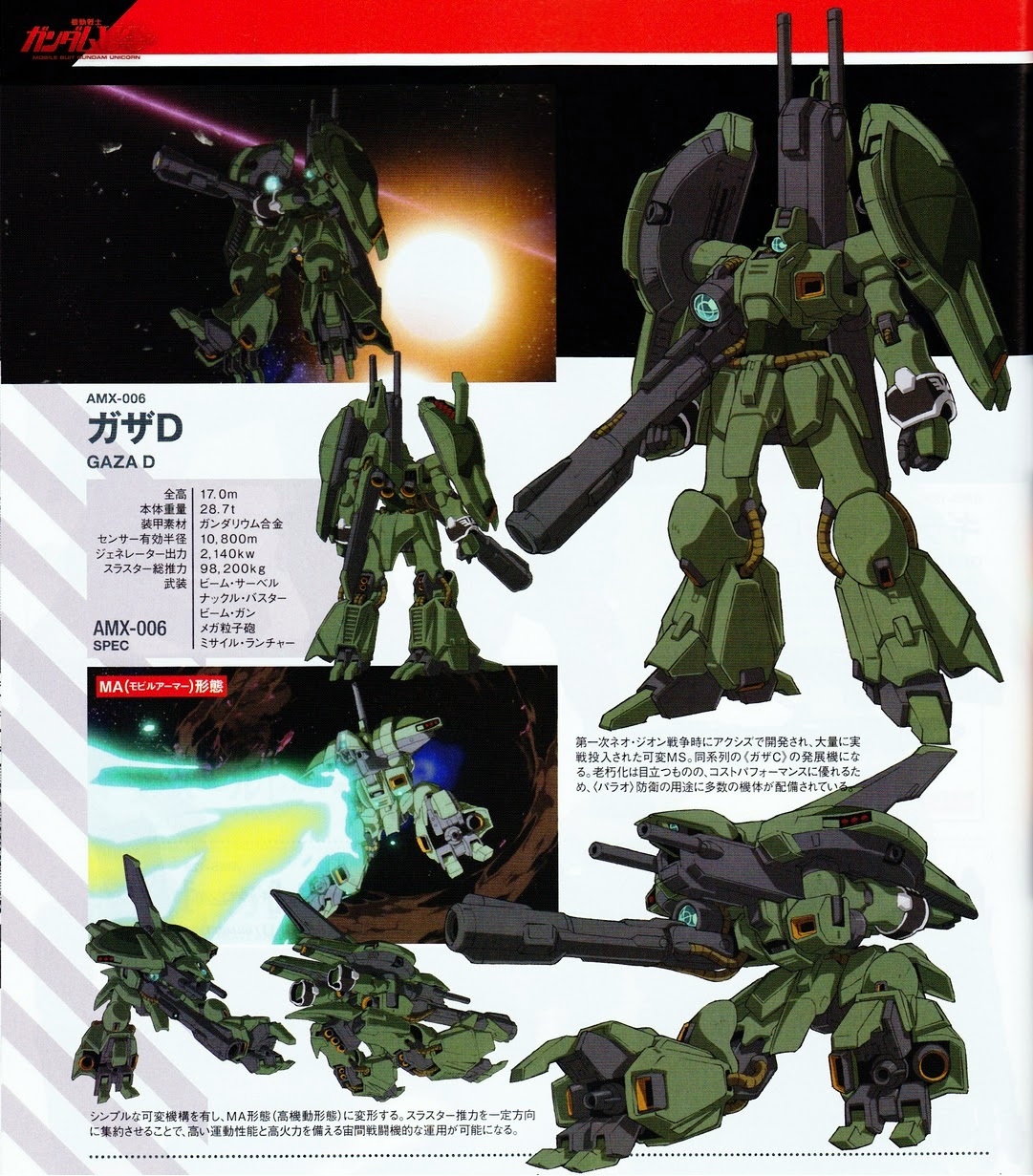 Mamoru Nagano was the original mechanical designer. Mika Akitaka cleaned up the design.

The Gaza-C and Gaza-E were initially designated MMT-1 and MMT-3 respectively, where “MMT” stood refers to it being a mass produce mobile suit that was transformable. Although no official sources refer to it as an MMT series, it is highly likely that the Gaza-D was designated MMT-2 before being re-designated as AMX-006 like its predecessor and successor.

However, it is worth noting that no mobile suit has been identified as AMX-005. It is still probable that the mysterious AMX-005 could be the missing MMT-2, but one could argue that it is unlikely since the MMT series were only used for the Gaza line.