Palau was a mining asteroid built by Side 6. It was later used by The Sleeves.

The Earth Federation moved Palau from the Asteroid Belt into the Earth Sphere in the Side 6 colony cluster to provide resources for construction.

The asteroid served civilian mining purposes. It was briefly used as a military base by The Sleeves. 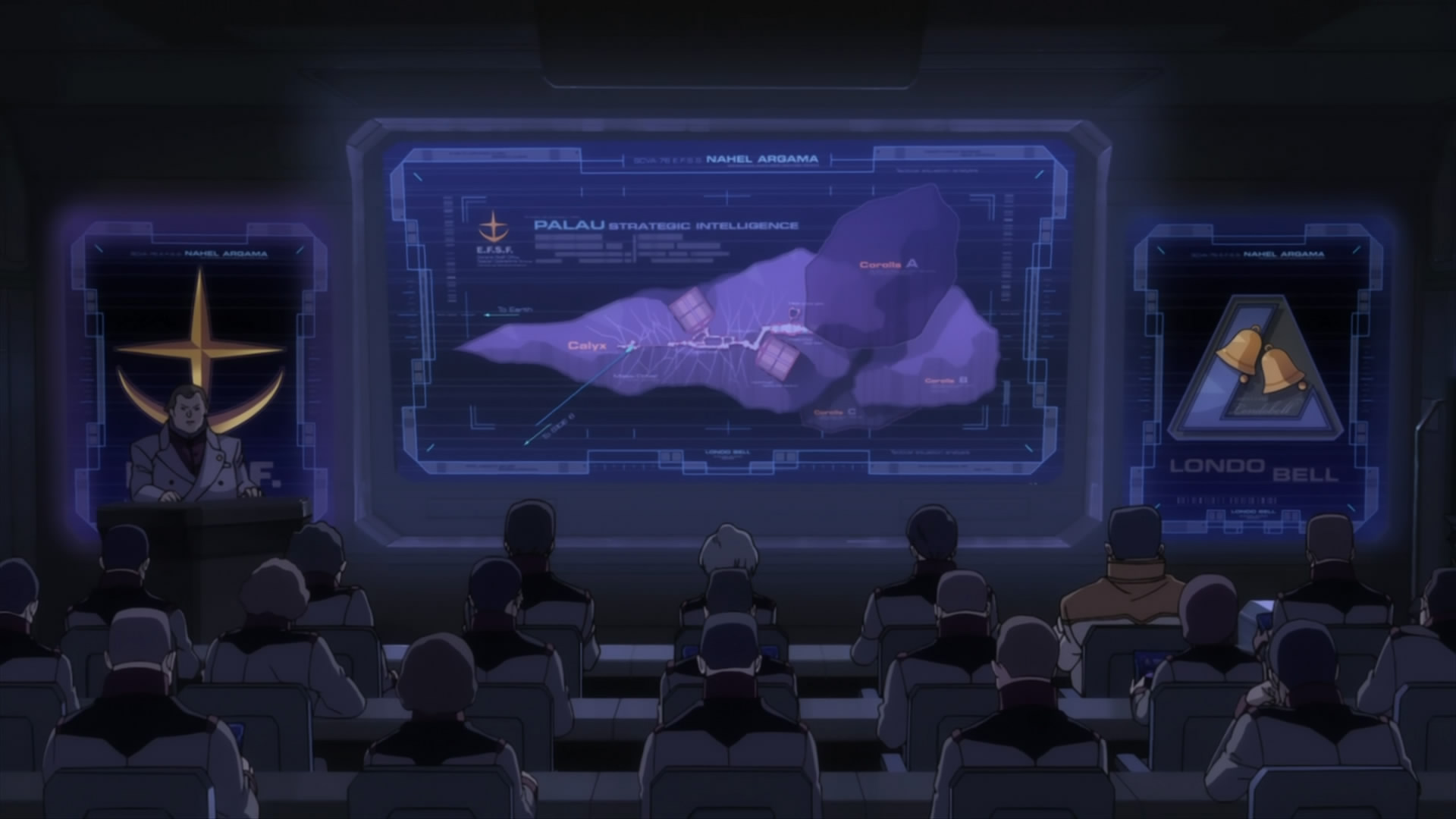 Londo Bell planning for the assault of Palau on Nahel Argama

Side 6 moved Palau from the Asteroid Belt to the colony cluster to mine it for resources required for construction. Side 6 declared independence from the Earth Federation and became the Riah Republic.

In UC 0084, Side 6 rejoined the Federation and Palau once again came under Federation influence. The asteroid was later used by The Sleeves as a base of operations.

The Federeation’s task forces Londo Bell and ECOAS launched an attack on Palau in UC 0096 to retrive Banagher Links and the RX-0 Unicorn Gundam. ECOAS forces planted explosives that separated the asteroid’s four corolla. Londo Bell’s Nahel Argama then fired its hyper-mega particle cannon to seal off the military port. This ensured that the Federation forces were able to engage The Sleeves without civilian casualties.