The Chibe-class was a line of heavy cruisers produced by the Principality of Zeon. It was named after the first ship of the line, the Chibe.

When the Republic of Zeon became the Principality of Zeon in UC 0069, Zeon escalated their arms production in Side 3. The Chibe-class was one of the first war ships commissioned by Zeon. It was first deployed in June UC 0070 and continued to serve through the One Year War. Some ships were still in service even up till UC 0087. 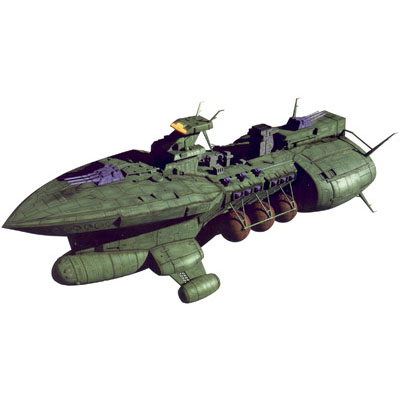 Zeon shifted to developing war ships capable of housing a mobile suit complement when it became clear that mobile suit warfare was crucial. This would result in the production of the [Musai-class][], [Gwazine-class][] and [Zanzibar-class][] lines of ships. However, light cruisers still had a place in the Zeon fleet and the Chibe-class was later on modified into the variant Chibe Kai-class. The heavy cruiser was later improved into a design known as the Chibe-class Final Production Type.

The Chibe-class heavy cruiser was one of the earliest design to roll off the armament project of Principality of Zeon. Although it was built before the mobile suit project came to fruition, the spacious design of these heavy cruisers meant that their cargo bays could be converted into a hangar for mobile suit warfare. The cruiser could carry up to eight mobile suits.

The cruisers initially had conventional weapons. However, the Earth Federation developed the Magellan-class and Salamis-class ships that were equipped with mega particle guns. Zeon engineers armed the Chibe-class cruisers with beam weaponry so that the ships were able to match the fire power of the Federation capital ships. 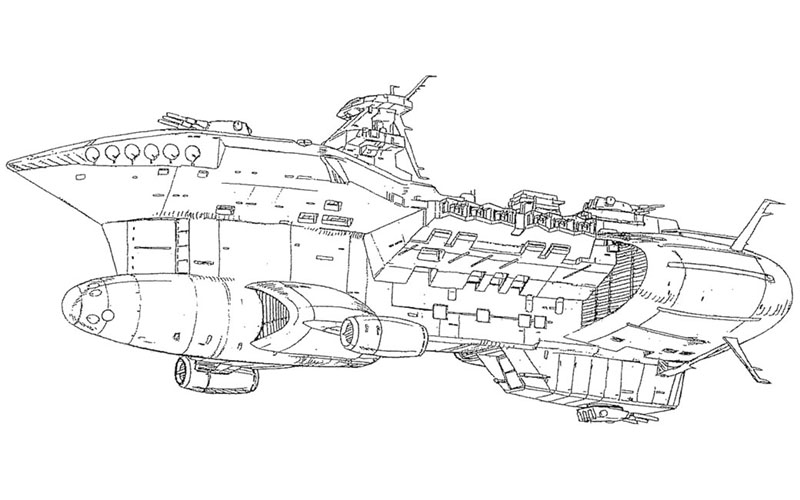 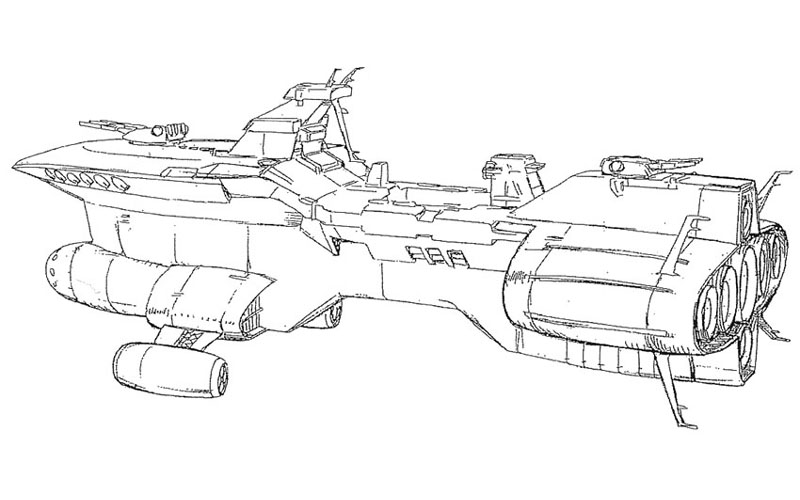 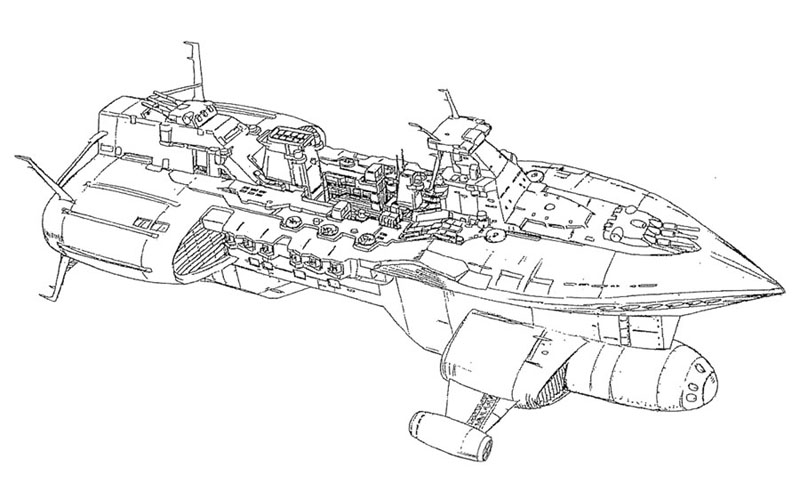 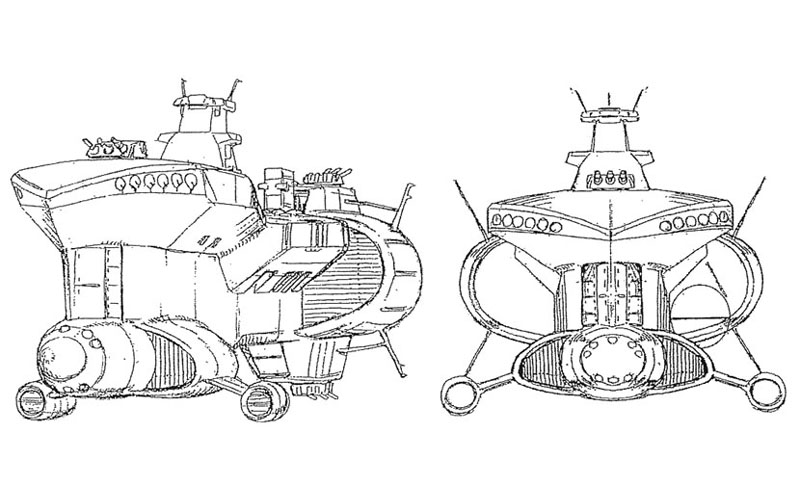 The Chibe-class was one of the first war ships to utilise mega particle cannons. It also had machine guns for anti-aircraft defence and missile launchers for ship-to-ship and ship-to-surface bombardment.

Two triple mega particle cannon turrets were mounted on the fore and aft of the heavy cruiser. The total of six powerful cannons made the Chibe-class cruisers a deadly force to reckon. These cannons had a long range and were able to penetrate heavily armoured hulls.

Several ships in service in UC 0079 were mounted with a third turret at the aft of the bottom hull.

The Chibe-class cruiser had eighteen twin machine gun turrets for anti-aircraft defence. These were mounted at the starboard and port sides of the ship to defend the ship against space fighters and mobile suits. On each side of the ship, six turrets were on the top and three at the bottom.

There were twelve missile launchers built into the Chibe-class cruiser, with six launchers along each side of the bow. These were mainly used to take out enemy capital ships or for ship-to-surface strikes. All the launchers faced the front of the ship, making them less effective when dealing with targets that were not in front of the ship.

The Chibe-class is sometimes named as the Chivvay-class. This is due to a bad translation in the English editions of the Mobile Suit Gundam novels. Official resources such as the Gundam Mechanic books use the name Chibe.