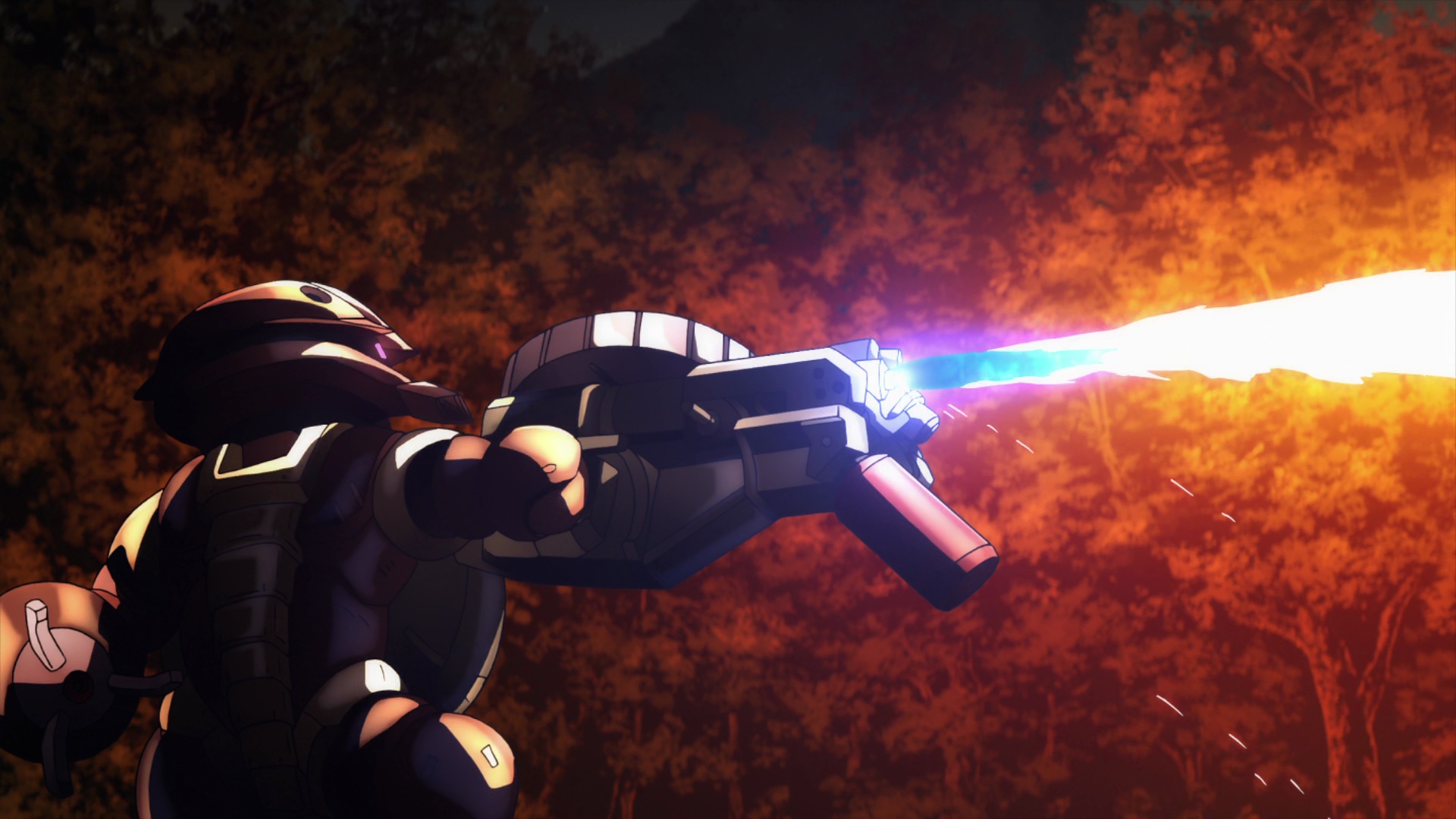 The MSM-04 Acguy Heavy Firepower Type was an amphibious mobile armour mass produced by the Principality of Zeon.

It was a variant of the standard MSM-04 Acguy. The “MS” in the model code refers to it being a mobile suit, while the “M” identifies it as a marine model. The “04” in the model code indicates that it was the fourth design in the line.

During the One Year War, the Principality of Zeon started to push its ground offensive on Earth. It had developed the MS-09 Dom for ground use, but its fusion reactor was unable to power mega particle weaponry. A fusion reactor with sufficient power output would require a more efficient cooling system, and the solution Zeon identified was to use seawater as a coolant. This meant developing an amphibious mobile suit.

Besides allowing the use of mega particle weaponry, such a suit would also allow Zeon to gain sea superiority and advance its territories on Earth.

On the back of its successful MS-06 Zaku II models, the Zeonic Company developed the MS-06M Zaku Marine Type variant for underwater combat. However, it proved to be a failure when deployed in battle. Thus, Zeon command ordered the MIP Company and the Zimmad Company to develop an amphibious mobile suit.

Instead of modifying an existing mobile suit, the Zimmad Company decided to design an amphibious mobile suit from scratch. The company developed the MSM-03 Gogg and it revolutionised Zeon’s approach to underwater combat.

The Zimmad Company’s success prompted the Zeonic Company to apply the same concepts and they developed the MSM-04 Acguy. The Acguy Heavy Firepower Type was a variant of the Acguy with heavy weaponry load out.

Zeon Remnants Fisher Ness piloted an Acguy Heavy Firepower Type during a mission to retrieve a Zeon spy from the South Seas Alliance in August UC 0080.

The Acguy was powered by two Zaku II Minovsky fusion reactors. Despite the powerful reactors, the Acguy used sea water as a heat sink to allow it to maintain relatively low heat signatures. This made the Acguy ideal for covert operations. It could also equip mega particle weaponry.

The body of the mobile suit contained ballast tanks that it used to surface and dive. Water in the tanks radiated reactor heat when the mobile suit was out of the water.

The counter the weight of the right arm, the Acguy Heavy Firepower Type mounted a slimmer and longer left arm compared to the standard Acguy.

Like the other Zeon mobile suits of its time, the Acguy had super hard steel alloy armour. It had a standard cockpit in its torso. The cockpit was later refitted with linear seat with panoramic monitor in its body. Its standard sensors with detection range of 5,400 metres.

The Acguy Heavy Firepower Type equipped a missile launcher for ranged attacks and an iron blade for close range combat.

The Acguy had four fire-linked 105 mm vulcan guns mounted in on its head. They were used primarily against light-armoured support units. Sustained fire from the guns could damage mobile suits and were often used in close distance combat.

A twelve-tube spray missile launcher was the main weapon of the Acguy Heavy Firepower Type. It was mounted on the right arm in place of the retractable claw of the standard Acguy.

The Acguy guy carried a multi-warhead missile container over its left shoulder. This carried a single missile with sixteen micro-buster bunkers.

The iron blade was a handheld double-bladed melee weapon that was stored in the backpack of the Acguy Heavy Firepower Type when not in use.