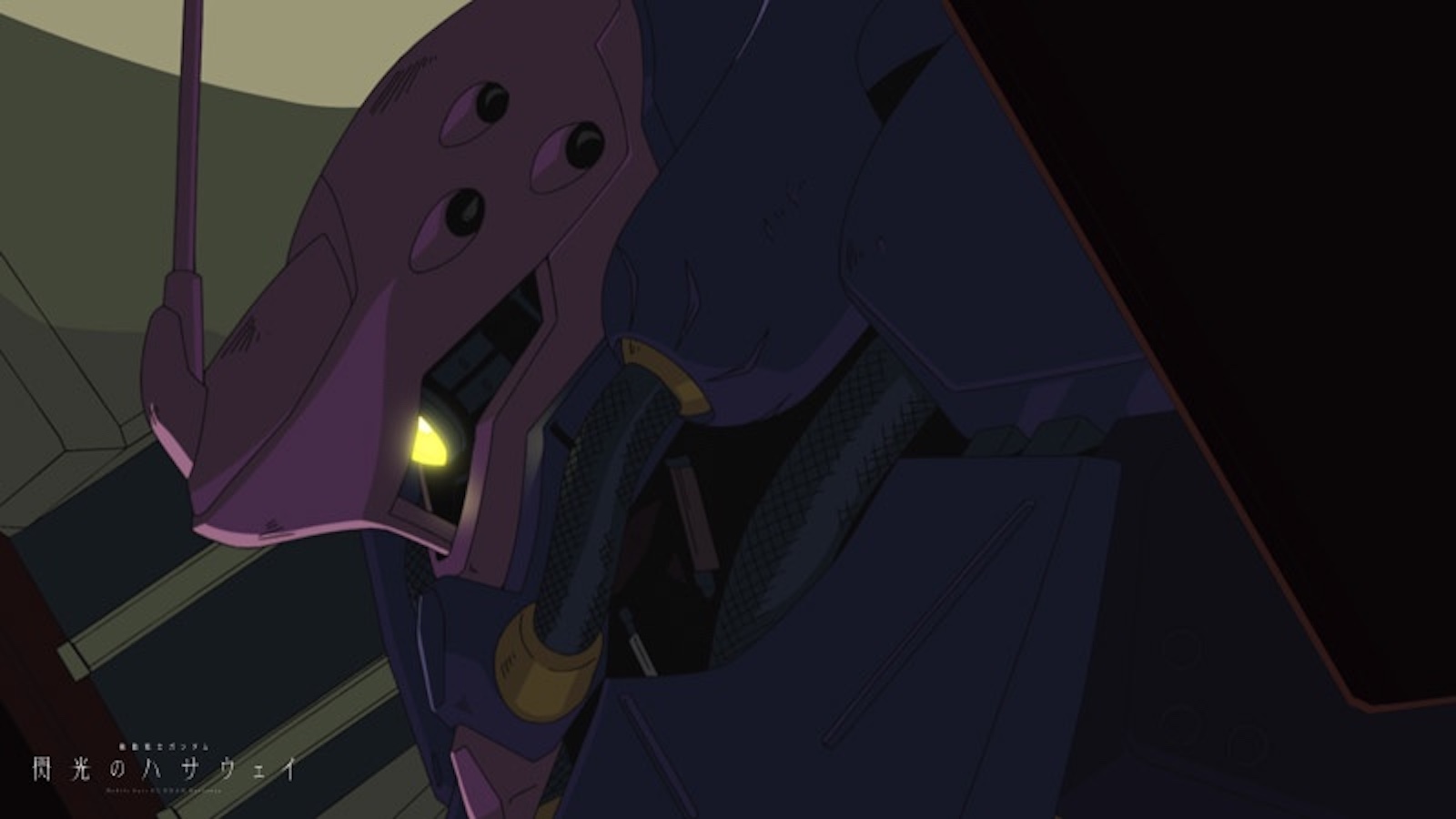 The Messer Type F Naked (Commander Type) was designed for Mafty Navue Erin with improved communications to allow him to coordinate his subordinates. Mafty assigned the mobile suit to Emeralda Zubin in April UC 105 for the mission to rendezvous with the Cargo Pisa. To improve manoeuvrability required for the mission, it equipped less armour.

The Messer Type F Naked (Commander Type) had thick Gundarium alloy armour that provided heavy protection while remaining relatively lightweight. As it name implies, it has less armour unlike the other Messer Type F models. It did not have armour plates on its legs and the spiked shoulder amour.

It was powered by the same ultracompact Minovsky power plant used by the other Messer Type F models that generated an output of 3,340 kW.

The Messer Type F Naked (Commander Type) had a standard cockpit in its torso with a panoramic monitor and linear seat. Its standard sensors gave it a detection range of up to 19,300 metres. Unlike the other Messer Type F models, it had a blade antenna on its head to improve communications.

The Long Beam Rifle was the Messer Type F Naked (Commander Type)’s primary weapon. It had a long barrel and an optical sight to assist the pilot in long-range sniping.

The rifle drew its rounds from energy packs (E-packs), clips of charged Minovsky particles. Minovksy particles broke down matter at a molecular level, allowing the beam rifle bolts to penetrate even the thickest armour. This meant that a single shot could destroy a mobile suit.
These E-packs were used by the RGM-89 Jegan Type-A and other modern mobile suits.

The pilot could also choose to mount two E-packs under the barrel.

The six vulcan guns were used primarily against light-armoured support units. Sustained fire from the guns could damage mobile suits and were often used in close distance combat. They also served as missile defence.

The Messer Type F Naked (Commander Type) carried two beam sabres for melee combat. These were the same as the ones used by the RGM-89 Jegan Type-A. They were docked in the recharge racks when not in use.

Minovsky particles were channelled into the sabre through an E-cap attached to its hilt. The E-cap recharged with Minvosky particles from the mobile suit’s reactor when the sabre was stored in the recharge dock.

The mobile suit mounted a large shield on its left arm for defence. It was able to withstand high-powered beam attacks. The shield also functioned as a weapon rack, allowing the pilot to store spare E-packs for the beam rifle and beam sabres.

Hajime Katoki and Seiichi Nakatani were the original mechanical designers.