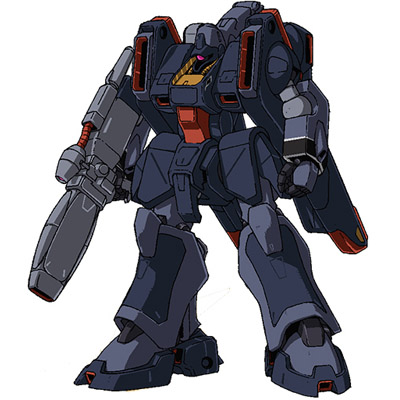 The Zeon engineers developed the AMX-007 (MMT-3) Gaza-E and the AMX-008 Ga-Zowmn simultaneously. They were both still transformable mobile weapons, but they were not well-rounded designs like their predecessors.The Gaza-E was specialised for the mobile armour mode, while the Ga-Zowmn excelled in the mobile suit mode. The Ga-Zowmn was designed as a general purpose mobile suit, however its fire power made it a popular choice as an assault mobile suit.

The Ga-Zowmn remained in service throughout the war and the Second Neo Zeon War. It was still seen in service under The Sleeves in UC 0096. Although it did not carry the name Gaza, it was the last of the Gaza line to be built.

The Ga-Zowmn was built with Gundarium alloy. It was a reproduction of the Luna Titanium alloy used by RX-78-2 Gundam that Zeon developed on Axis by Anaheim Electronics. 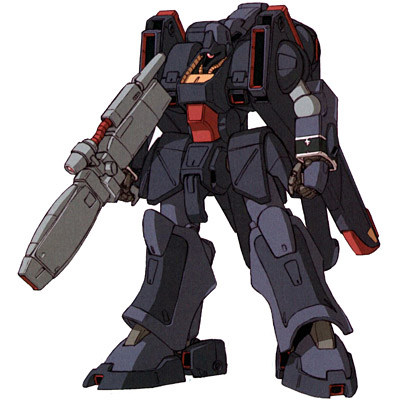 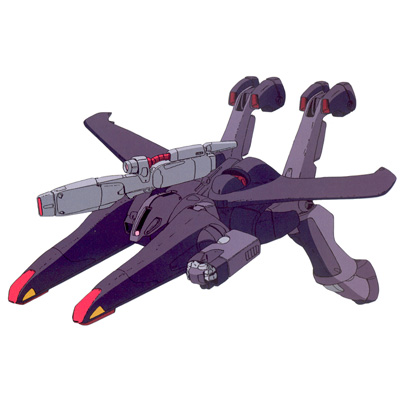 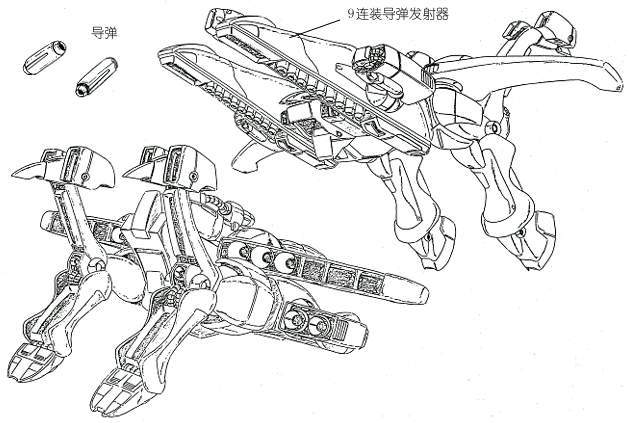 The Ga-Zowmn was equipped with a standard panoramic cockpit with linear seat. Its predecessors had their cockpits unconventionally located in the heads due to the design of their transformation system. However, the Ga-Zowmn had its cockpit moved back to the torso as it was developed to specialise in the mobile suit mode. This was also made possible by the radical shift in design compared to its predecessors. 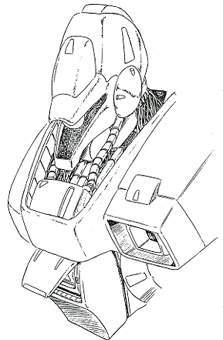 The AMX-008 Ga-Zowmn’s standard weapons were missile launchers and hybrid beam sabres that could function as beam guns and beam sabres for ranged and melee combat. It could optionally be equipped with a hyper knuckle buster that was effective in either mobile armour or mobile suit modes.

Aside from the hybrid beam sabres, the Ga-Zowmn’s forearms had an 80 mm vulcan gun on each arm. These operated in both the mobile suit and mobile armour modes.

Each vulcan gun was loaded with 800 rounds of ammunition. It was used primarily against light-armoured support units. Sustained fire from the guns could damage mobile suits and were often used in close distance combat.