The Salamis-class was a line of light cruisers produced by the Earth Federation. It was the mainstay of the Federation’s forces and remained in service for decades.

The Earth Federation initiated the 70’s Armament Reinforcement Plan to bolster its military after the Principality of Zeon escalated their arms production in Side 3. The Magellan-class and the Salamis-class were developed as a result. Both lines of space battleships became the mainstay of the Federation’s space forces. 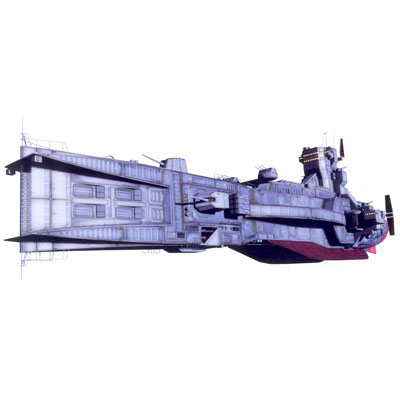 Although it was inferior to Zeon’s Musai-class, the Salamis-class line was considered a successful design. They were subsequently refitted with newer technology, and later on they were developed into the improved Salamis Kai-class.

Several Salamis-class cruisers were seen in service even up to UC 0153, making them one of the longest serving units at eighty over years..

The Salamis-class light cruiser was built to form the backbone of the Earth Federation fleets. The cruisers were adequately armed to make them a formidable space vessel. However, the design was outdated by the time the One Year War broke out.

The cruiser was powered by a Minovsky-Ionesco fusion reactor. It had a small capsule on the ventral hull for atmospheric re-entry. 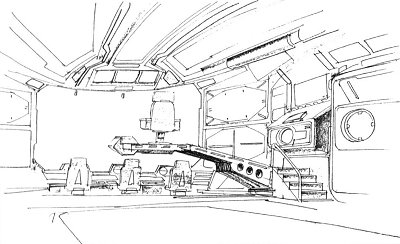 The primary weapons of the Salamis-class cruiser was six mega particle cannons. Although these cannons had less fire power than the twin cannons of the Magellan-class, they were delivered effective ship-to-ship bombardment. However, they were ineffective against Zeon’s highly manoeuvrable mobile suits. The placement of the cannons allowed the cruisers to fire in all directions. This meant that it was unable to focus all of its cannons on a single target.

Six twin machine gun turrets provided anti-aircraft fire to defend the cruiser against space fighters and mobile suits. Four of the turrets protected the bridge and had 180 degrees firing angles to cover the fore and aft. Two fore-facing turrets were mounted near the bow of the ship. These had a limited rotation angle of 90 degrees upwards.