The Anti-Earth Union Group (AEUG) deployed many RMS-179 (RGM-79R) GM II at its frontlines during the Gryps Conflict. However, its leadership wanted their own mass produced mobile suit unit that rivalled and surpassed the GM II used by the Titans and Earth Federation. The AEUG engaged Anaheim Electronics to design the new unit for them. After rejecting the first two concepts, the third design MSA-003 Nemo was approved by the AEUG. The Nemo was a success and remained in service through the Gryps Conflict and the First Neo Zeon War. 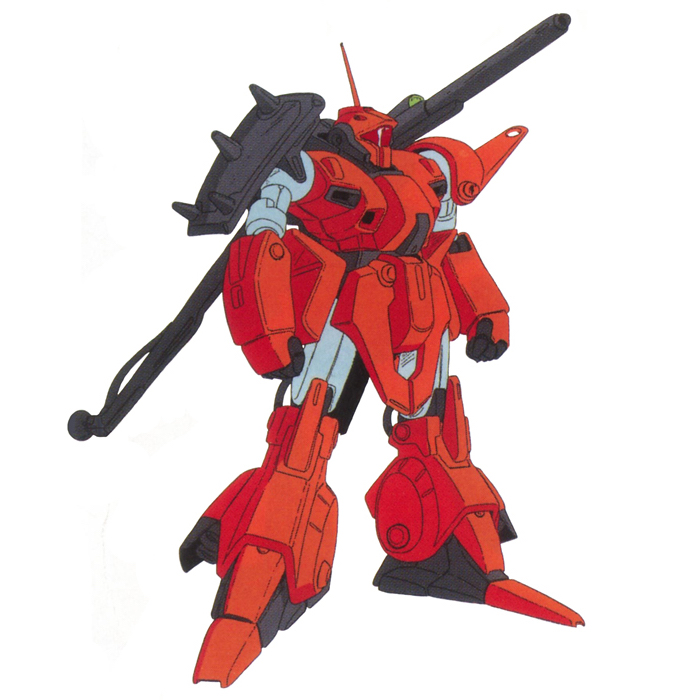 The AEUG wanted a successor to the Nemo as its mainstay mobile suit to keep up with the newer suits that the Titans were deploying in the war. The MSA-004 Nemo II was the prototype for the next generation of the Nemo line. The Nemo II was not adopted by the AEUG for mass production due to undisclosed reasons. The design was further developed into the MSA-004K Nemo III prototype.

The Nemo III was also not mass produced and was mostly utilised as an experimental unit. It was deployed by the Federation during the Laplace Incident in UC 0096 to defend its Torrington Base in Australia. 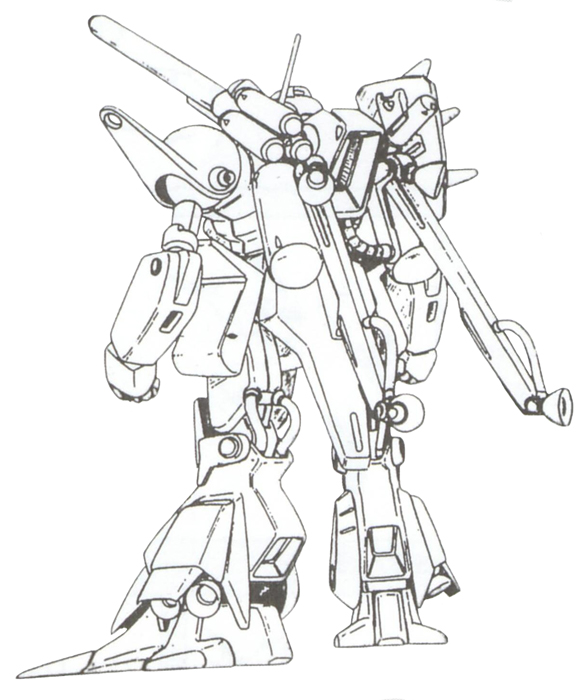 Back view of MSA-004K Nemo III

The MSA-004K Nemo III was a prototype mobile suit designed by Anaheim Electronics for the AEUG to replace the successful MSA-003 Nemo design. The Nemo III was an upgrade of the MSA-004 Nemo II prototype that failed to make it to mass production.

The Nemo III had an upgraded reactor, providing greater power output. It used the same sets of thrusters as the Nemo II, generating combined propulsion output of 68,600 kg total compared to the 91,600 kg of the Nemo. Despite that, it had greater mobility due the more advanced verniers and apogee motors.

The Nemo III was equipped with a standard panoramic cockpit with linear seat in its torso.

The MSA-004K Nemo III’s standard weapons was a beam sabre for melee combat and a beam cannon for ranged attack. It could optionally equip a beam rifle.

The Nemo III had a beam sabre stored in its rear waist armour. These had output rated at 0.4 megawatts. These beam sabres were designed for the RMS-099 Rick Dias, but the Nemo was designed to be compatible with them.

A pair of fire-linked 60 mm gatling vulcan guns were mounted on either sides of the Nemo III’s head. The guns were similar to the ones introduced in the RX-78-2 Gundam.

The Nemo III had a beam cannon mounted on its left shoulder. The cannon was used for medium range attacks.

The beam cannon drew its rounds directly from the reactor of the Nemo III, which had larger power output that both the MSA-003 Nemo and MSA-004 Nemo II. Minovsky particles broke down matter at a molecular level, allowing the beam cannon bolts to penetrate even the thickest armour. This meant that a single shot could destroy a mobile suit.

The Nemo III could optionally carry a beam rifle. The rilfe was made to conform with AEUG standards, allowing it to be used across different models and generations of AEUG mobile suits.