When the One Year War ended in 31 December UC 0079 with the Earth Federation emerging victorious, survivors of the Principality of Zeon that refused to surrender went into hiding or fled the Earth Sphere. These remnant forces sought to regroup and rebuild their strength to continue the war against the Federation. The Delaz Fleet commanded by Aiguille Delaz was a Zeon remnant group that hid in the Earth Sphere.

As part of their rebuilding efforts, the Delaz Fleet developed the MS-21C Dra-C using part salvaged from the Gattle fighter-bombers and MS-06F-2 Zaku II F2. The MS-21D1 Dra-C Custom was a variant developed for better acceleration at the expense of manoeuvrability. Despite the defeat of the Delaz Fleet at the end of the Delaz Conflict, the Dra-C continued to be in service under Axis Zeon during the Gryps Conflict in UC 0087, and under The Sleeves during the Laplace Incident in UC 0096.

The Sleeves deployed Dra-C units as part of the forces defending Palau from Federation attack. These units were equipped with beam weaponry to give them a fighting chance against the enemies. Despite that, they were still out-performed by the newer and more advanced Federation mobile suits. 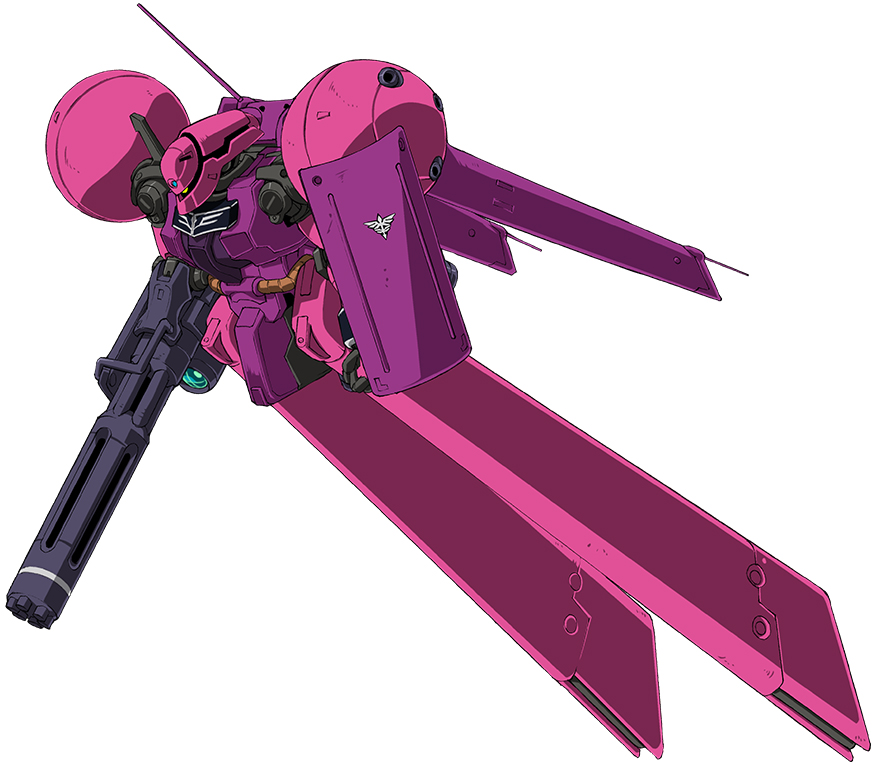 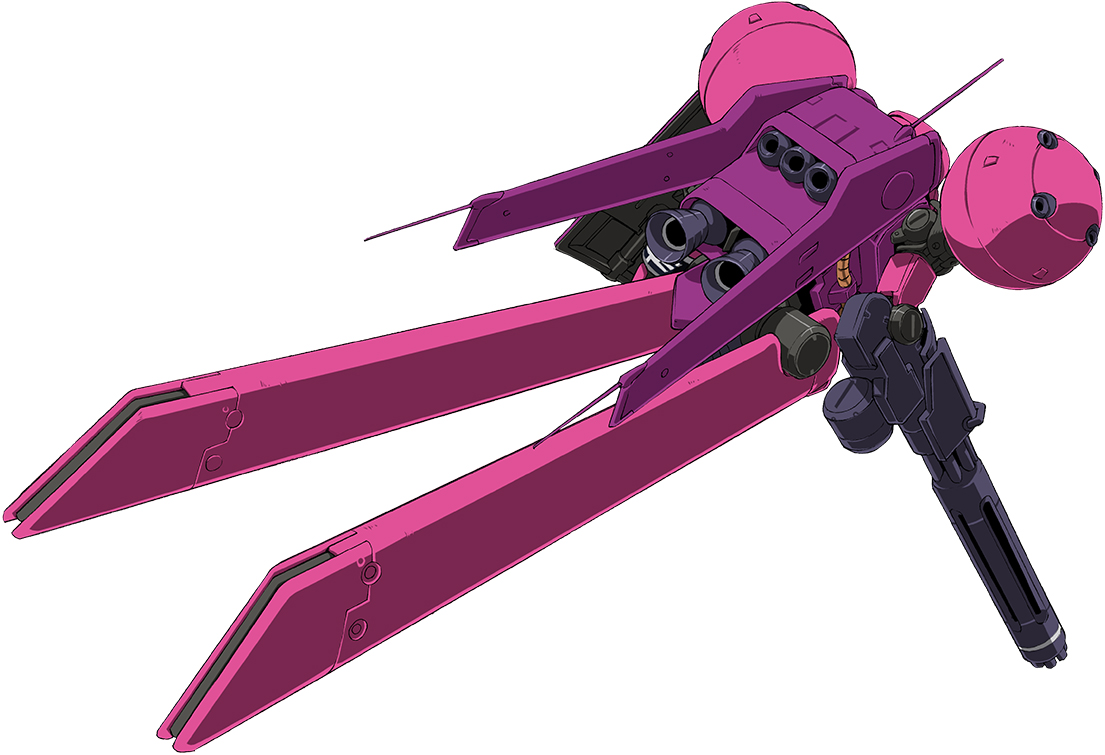 The Delaz Fleet developed the Dra-C using parts salvaged from battlefields and damaged mobile suits. The Zeon remnant group was on the run with limited supplies and resources, hence it had to make do with whatever it could get.

Unlike the mobile weapons developed by Axis Zeon and Neo Zeon on Axis that used Gundarium alloy, the Delaz Fleet only had access to salvaged super hard steel alloy armour. The Dra-C’s torso and arms were salvaged from MS-06F-2 Zaku II F2.

Instead of legs, the Dra-C had five rocket thrusters with a combined output of 117,500 kg to provide main propulsion. It did not have vernier thruster or apogee motors for AMBAC (Active Mass Balance Auto-Control). It had to rely solely on the main and shoulder thrusters. The Dra-C was not designed with finesse in mind. The mobile suit was used for fast, heavy assault in space.

The Dra-C was equipped with a standard cockpit in torso. 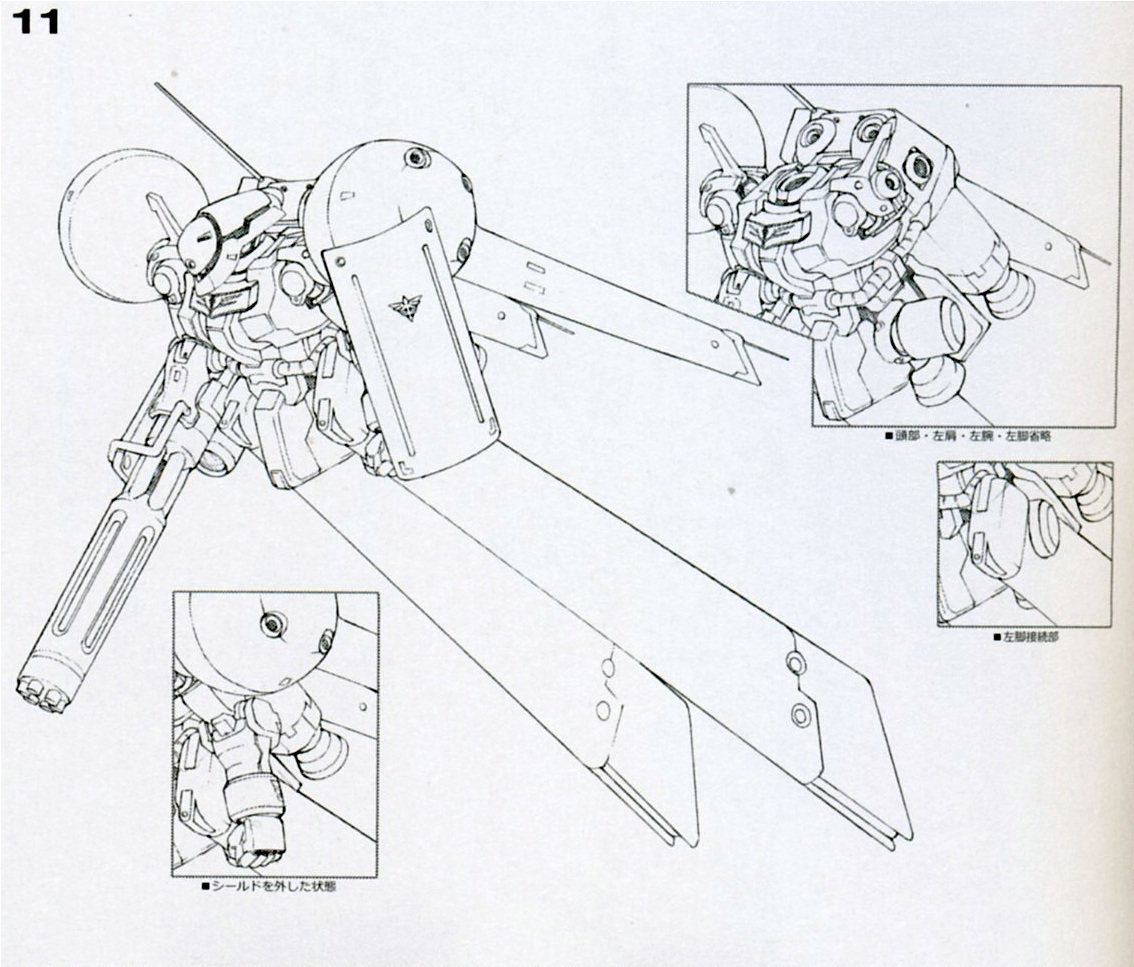 The MS-21C Dra-C’s standard weapons were a vulcan gun and a beam sabre shield. It could optionally equip a beam Gatling gun.

The right forearm of the Dra-C was replaced with a three-barrel 40 mm vulcan gun. The vulcan gun was unable to damage mobile suits, but could damage their sensors or lightly-armoured enemies. 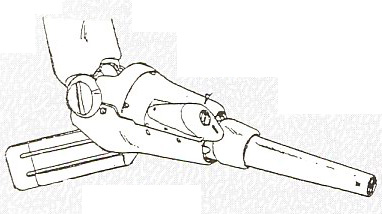 The Dra-C had a shield mounted on its left arm. Made from salvaged battleship plating, the shield was useful in deflecting projectile attacks. It also had a beam sabre in its tip that was used for melee combat. 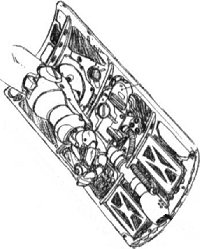 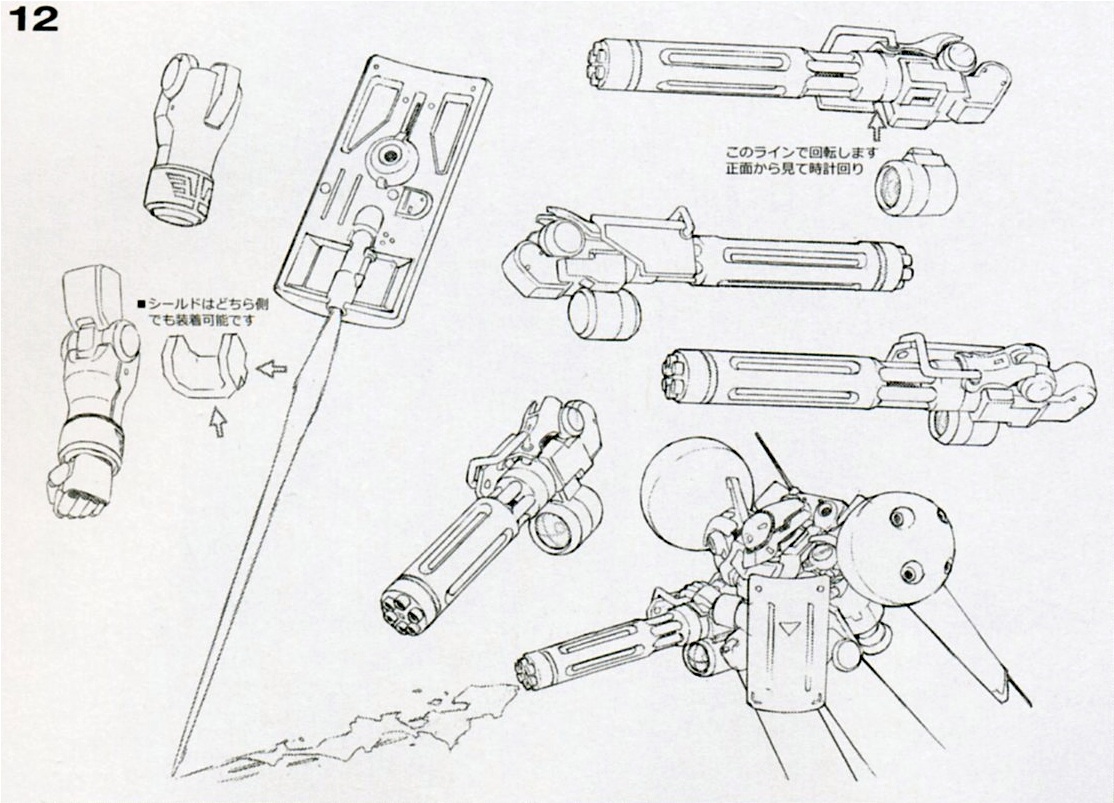 The gun drew its rounds from the Dra-C’s reactor. Minovsky particles broke down matter at a molecular level, allowing the beam Gatling gun bolts to penetrate even the thickest armour. This meant that a single shot could destroy a mobile suit. The rapid rate of fire of the beam Gatling gun made it a deadly weapon.