The Gattle was a space fighter-bomber mass produced by the Principality of Zeon.

The Principality of Zeon developed the Gobble as a space fighter, however, it saw more use as a bomber. The spped and manoeuvrability of Gobble made it very effective in bombing enemy space ships.

Building on the merits of the Gobble, Zeon scientists developed the Gattle to serve as a bomber. The fighter-bomber carried missiles capable of sinking enemy space ships, making it deadly when deployed in numbers. The Gattle was designed with modular armaments that allowed it to function as a fighter. 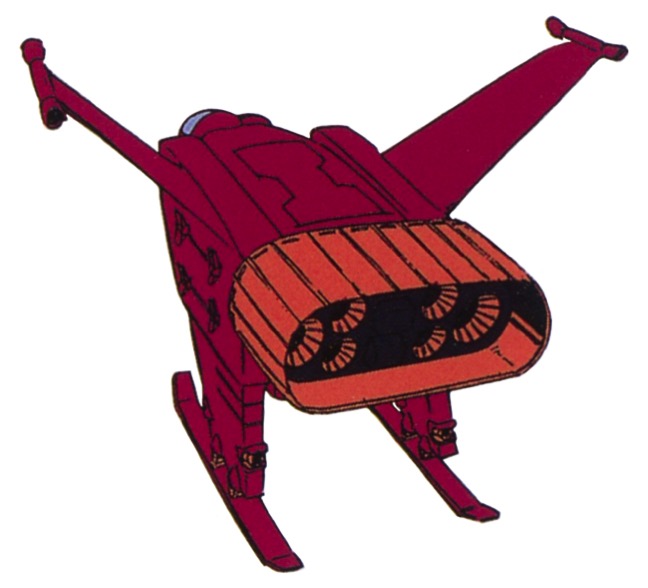 Despite its versatility, the Gattle was eventually phased out by mobile suits.

The Gattle was developed from the Gobble. Unlike its predecessor, it had two cockpits instead of one to house the pilot and gunner. Each cockpit could be independently ejected and functioned as escape pods. 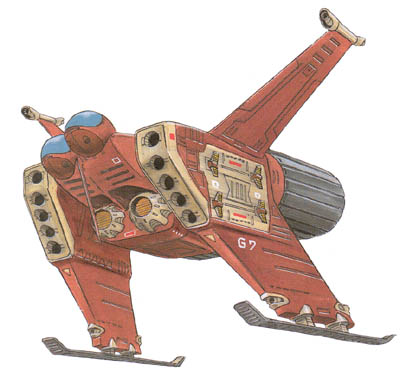 The Gattle had hard points on both flanks that allowed it to optionally mount large missiles or vulcan guns. This gave it the flexibility of arming large missiles on one flank and vulcan guns on the other to increase its versatility on the battlefield. When the Gattle was equipped with four vulcan guns, it functioned more like a fighter. When it carried four large missiles, it operated as a bomber. 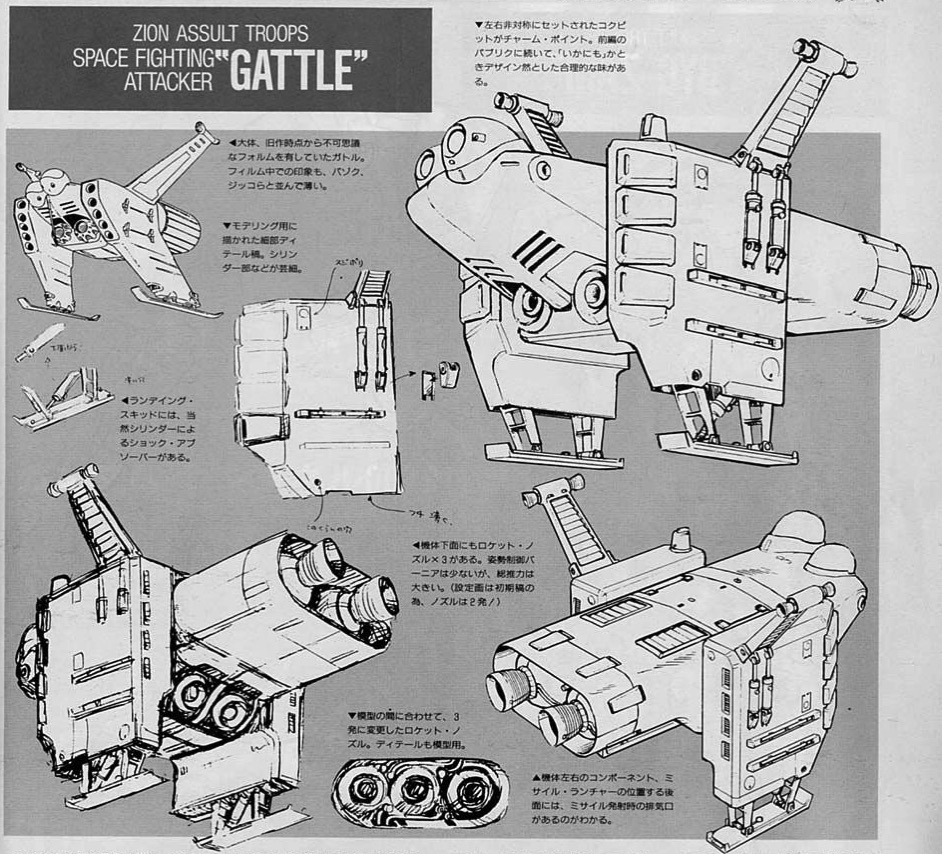 The Gattle was equipped with missiles for ranged attacks. It could optionally mount large missiles or vulcan guns.

The fighter-bomber had a five-tube missile launcher built into each flank. The two launchers were the primary weapons of the spacecraft.

Two large missiles could be mounted on the hard points on each flank. These missiles delivered a heavier payload compared to the Gattle’s five-tube missile launchers. They were equipped when the fighter-bomber attacked larger targets.

The Gattle’s hard points could also mount two vulcan guns on each flank. These guns were used for anti-aircraft purposes. Although they were useful as distractions when used against mobile weapons, they lacked the punch to penetrate the heavy armour.