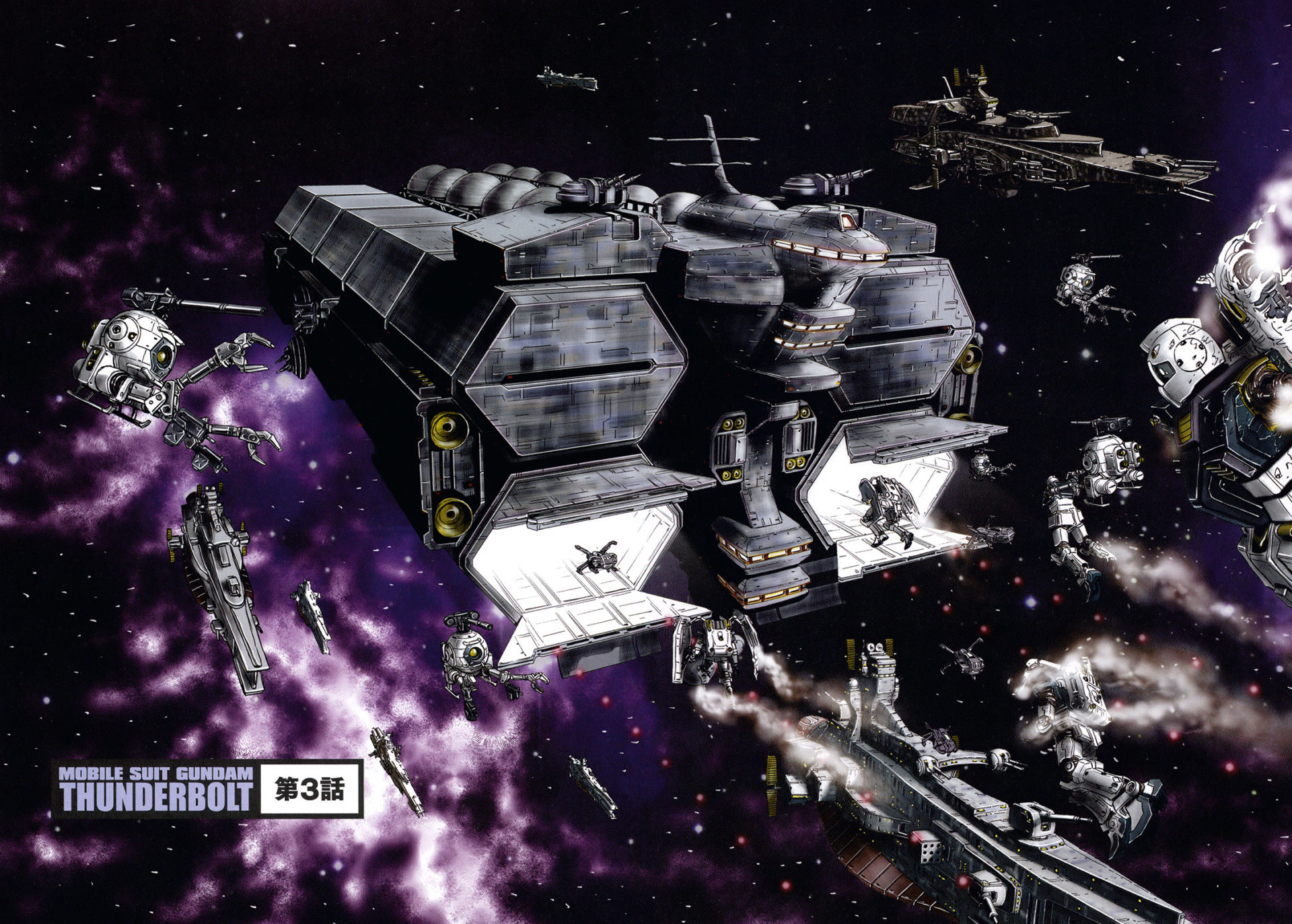 The Beehive was a modified Columbus-class transport ship used by the Earth Federation volunteer force Moore Brotherhood. It was built by combining two Columbus-class frames.

The Columbus-class ships served as supply ships for the Earth Federation prior to the One Year War. When the war broke out, many of these ships were converted to carry fighters, and later on, mobile suits. The Beehive was a modified version that served as the mothership for the Moore Brotherhood.

Under the command of Captain Claudia Peer, the Beehive fought against Principality of Zeon forces for control of Side 4.

The ship sustained heavy damage during a Zeon attack and Claudia ordered all hands to abandon ship. The surviving Beehive crew captured the Zeon ship Dried Fish but surrendered when Zeon reinforcements arrived. The Beehive was assumed to have been sunk in battle.

Designed as supply ships for the Earth Federation, the Columbus-class ships had a pair of large cargo bays. The Beehive was built by combining two Columbus-class ships to increase the storage space. The larger hangar space allowed the Beehive to carry 60 mobile suits and a dozen RB-79 Ball units, along with spare parts and supplies needed for the maintenance of the machines and crew.

The ship had four launch catapults added to allow its mobile suits to launch with better efficiency and reduce power consumption.

Unlike the usual ships of the line, the Beehive mounted six large mega particle cannons that made it capable of facing off enemy ships.

The design was created for the Mobile Suit Gundam Thunderbolt (manga) and adapted in the anime.