Aires was a lunar city in the southern hemisphere of the Moon.

Aires, officially known as the Autonomous Lunar City Aires, was a lunar city located in the southern hemisphere of the Moon. This meant that it never faced the Earth despite the Moon’s rotation and orbit.

This led to the city developing a cult-like fascination of the Earth and a fervent support for the Titans.

Like all lunar cities, Aires was built underground. Fibre-optics viaducts admitted light into the underground city, making the ceiling of the cavern appear like a sky. 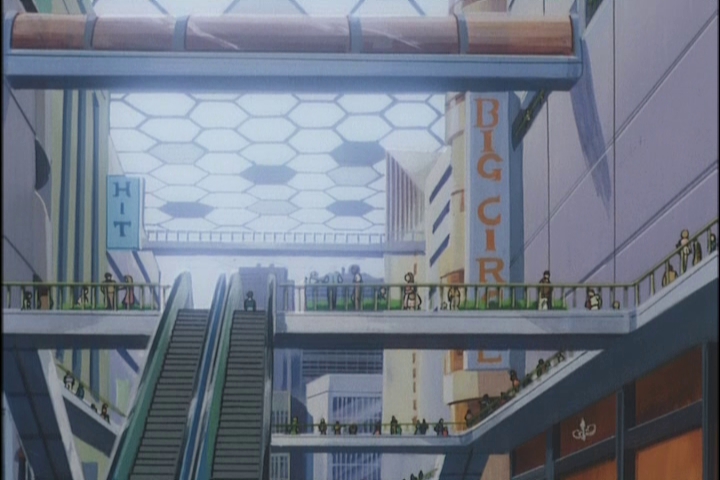 Another view of the artificial sky

The citizens of Aires had a fierce loyalty for the Titans. They had a desire for Earth that made them fercent supporters of the Titans. At the end of the Gryps Conflict, Mayor Kaizer Pinefield led the Aires militia to defend the colony laser Gryps 2.

The defeat of Titans at the hands of the Anti-Earth Union Group resulted in the militia being shamed by the public for being unable to stop the AEUG.

When the Earth Federation Instructor’s Corps formed the New Desides rebellion, the Aires militia supported the rebels. Kaiser Pinefield arranged for Aires to function as the fallback location for New Desides should their base of operations Pezun fell. He even prepared the city’s mass driver for New Desides to return to space should Aires be overrun.

New Desides retreated to Aires on 12 March UC 0088. The battle for the city started on 17 March. Despite the fierce defense of the city, they were constantly pushed back. New Desides forces launched into space on 24 March while the Aires militia defended the mass driver.

The city surrendered on 28 March to Task Force Alpha, but Aires was already mostly in ruins.