The Type 61 MBT, which stands for main battle tank, was a tank mass produced by the Earth Federation.

Before the advent of mobile weapons warfare, the Earth Federation relied on conventional weapons. The Type 61 MBT was used by the Federation since UC 0061 and it remained in service until UC 0079, when it was eventually phased out in favour of mobile weapons.

At the start of the One Year War, the Federation used the Type 61 MBT to protect ground transports. The tanks played crucial roles in Operation Odessa and defending Jaburo from a Principality of Zeon assault. 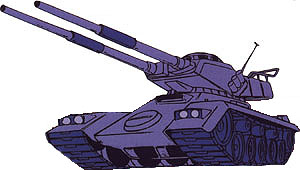 The Type 61 MBT was one of the most used vehicles during the war. Its ineffectiveness against the more agile mobile suits and poor deployment tactics resulted in it contributing ones of the largest casualties.

The tank was also greatly hampered by Minovsky particle interference that cut off tactical communications and reduced its targeting capabilities. 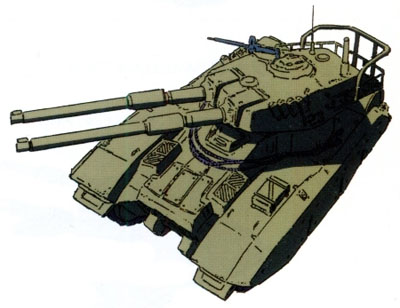 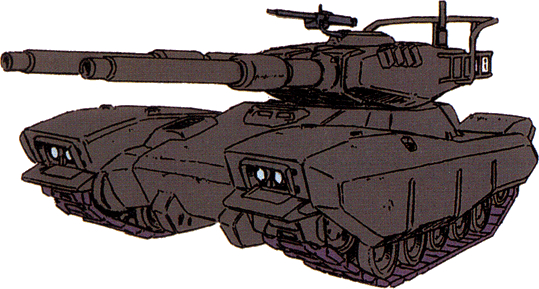 The Type 61 MBT was a conventional tank designed by the Earth Federation. It required a minimal crew of a driver and a gunner. It usually had a commander stationed in the turret with the gunner. 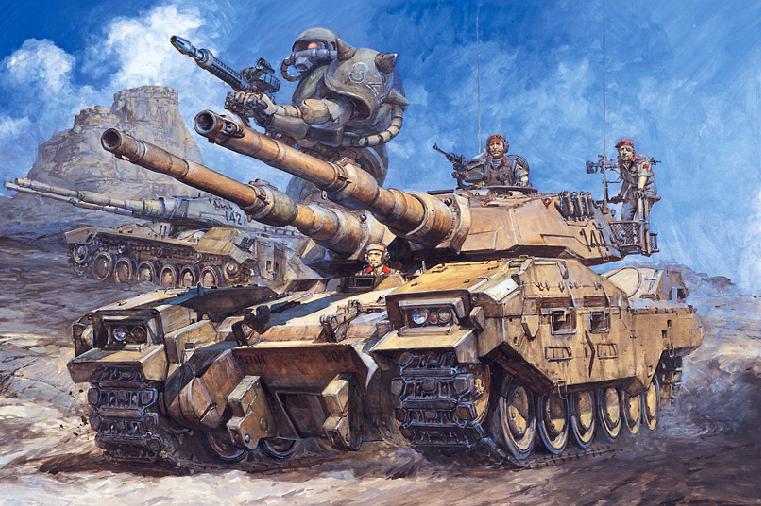 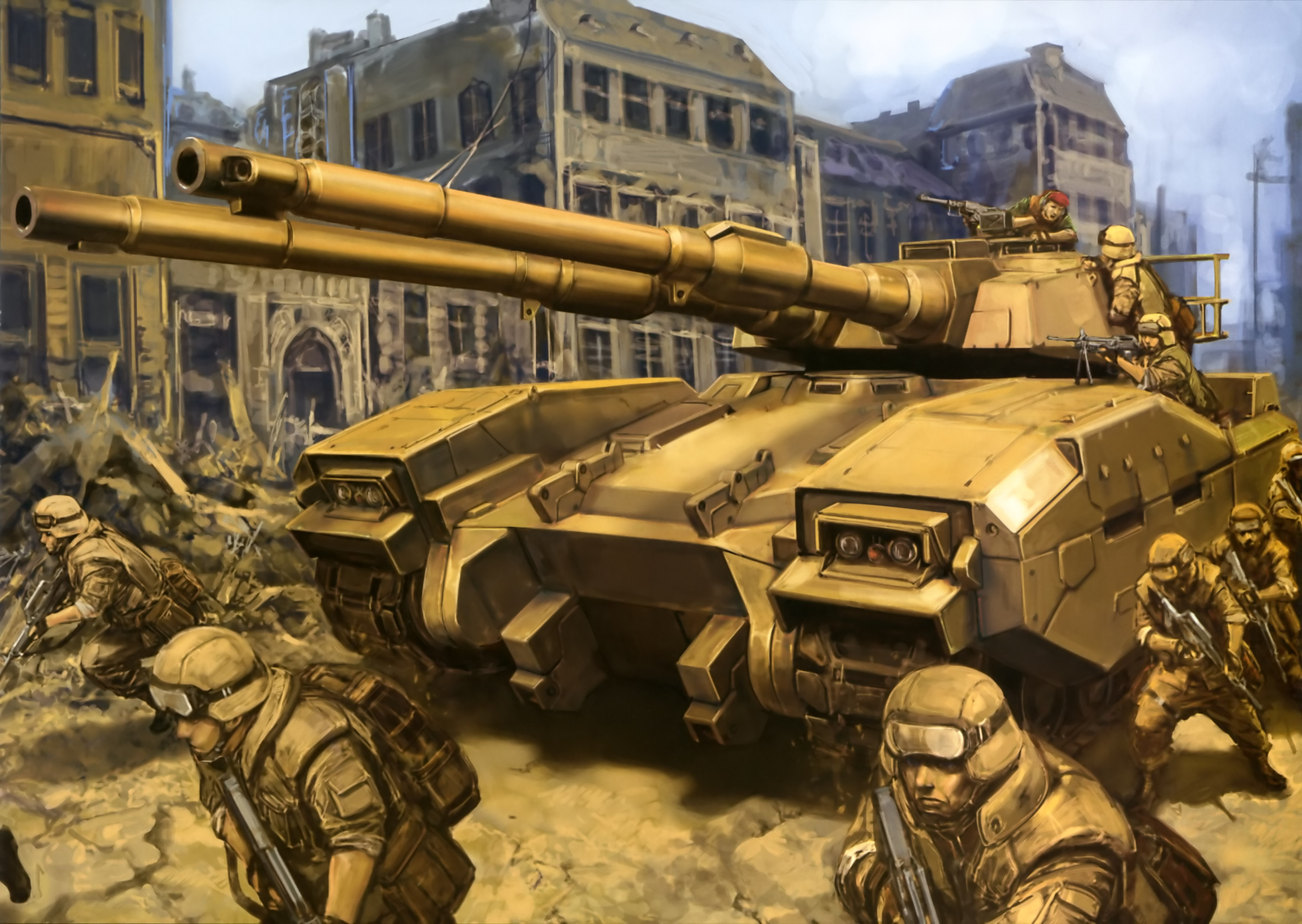 The tank used a cannon as its primary weapon, and relied on a machine gun for close-in anti-aircraft and anti-personnel defence.

The Type 61 MBT had a pair of powerful 150 mmm smooth bore cannons mounted on its turret. The cannons were fed by an autoloader below the turret basket. The tank could use the cannons for artillery bombardment but this capability was greatly hindered by Minovsky particles.

Four smoke dischargers were mounted on each side of the tank’s turret. These were used to provide smoke cover for the tank, and it could also be used to signal allies.