The FF/B-2 Fly Manta was an atmospheric fighter produced by the Earth Federation.

Prior to the advent of mobile weapons, the Earth Federation deployed conventional war machines in its military.

During the One Year War, the versatile Fly Manta was deployed alongside the newer and more advanced aircraft such as the FF-6 TIN Cod and the FF-S3 Saberfish. 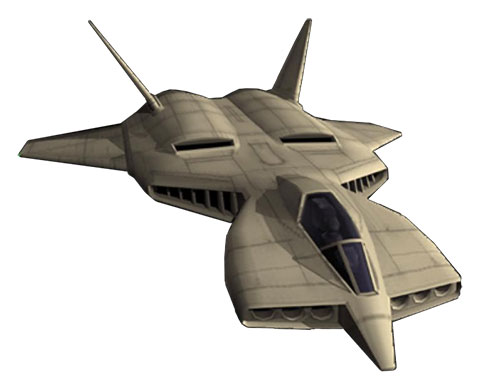 The Fly Manta was a twin-engine atmospheric support unit that could function as a fighter and a bomber. 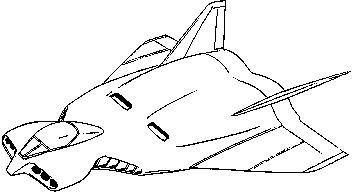 The Fly Manta was armed with missiles and machine guns for ranged attack.

There was a three-tube missile launcher built into each side of the Fly Manta’s nose. The missiles could be used against enemy mobile suits, ships or ground targets.

A pair of 25 mm machine guns were mounted on the nose of the Fly Manta. The guns were its primary weapon. Although the guns were effective against other conventional aircraft, they could not penetrate the armour of mobile weapons.