The Fat Uncle was a transport plane mass produced by the Principality of Zeon.

The Principality of Zeon used the Fat Uncle as its primary transport aircraft during the One Year War. The Fat Uncle could carry almost twice its weight in cargo, making it a very efficient transport. Although designed to carry general cargo, it was later modified for mobile suit transportation.

The Fat Uncle was utilised as mobile bases for mobile suit teams, but its effectiveness in this role was limited due to its lack of offensive weapons. The plane was vulnerable to attacks and usually required an armed escort.

The effectiveness of the plane in transporting supplies and mobile suits saw it remain in service for years. Zeon Remnants deployed several modified units when they attacked Australia’s Torrington Base in UC 0096. 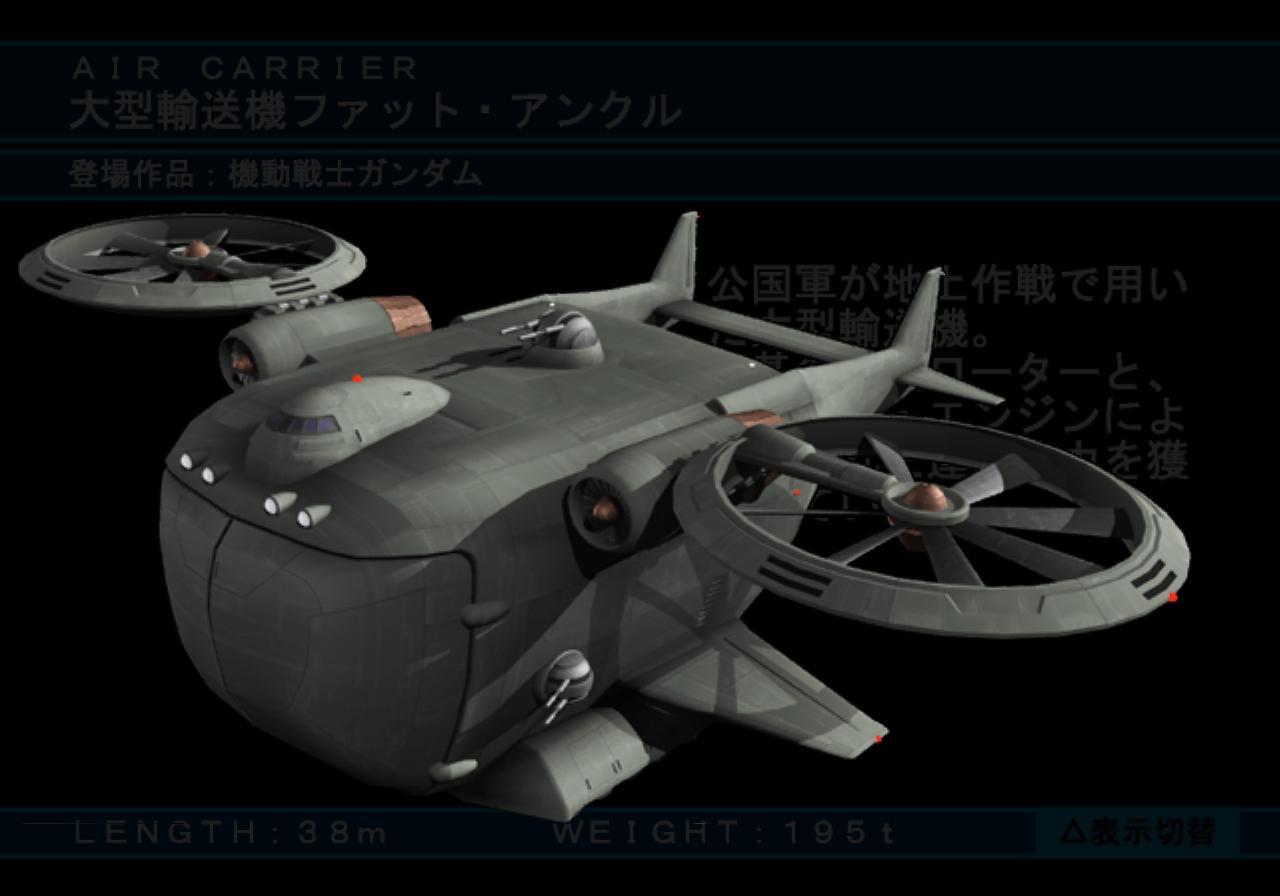 The Fat Uncle was designed by the Principality of Zeon to transport cargo. It was later converted to carry up to three mobile suits in its hangar. The plane relied on a pair of large rotors that gave it vertical take-off and landing (VTOL) capabilities. It had two thermonuclear engines that provided it with thrust up to a maximum speed of Mach 0.7.

The transport plane had two sets of six wheels on each flank. These gave it mobility on the ground. 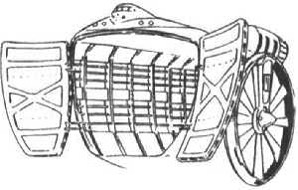 The Fat Uncle was equipped with machine guns for ranged attacks.

Three twin machine gun turrets were mounted on the Fat Uncle, with one on each flank and the third on the top, behind the cockpit. These machine guns were used for anti-aircraft and anti-personnel defence.