The Dopp was a fighter mass produced by the Principality of Zeon.

At the start of the One Year War, the Dopp was the backbone of the Principality of Zeon air force. The Zeon mobile suits lacked flight capabilities, so they relied heavily on the Dopp to provide air support. 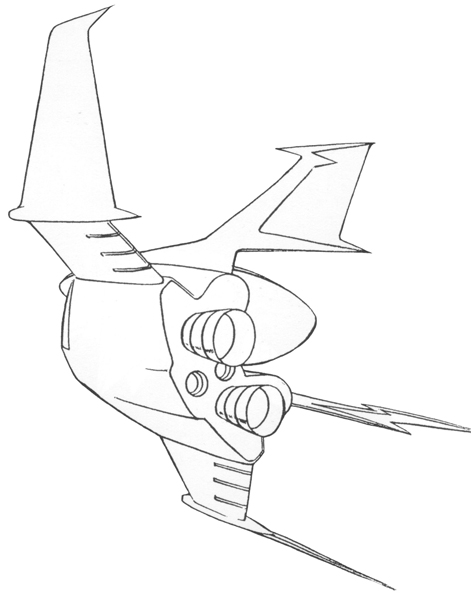 A Dopp was notably piloted by Captain Garma Zabi to attack Earth Federation assault carrier White Base. The communication circuit was tampered by Char Aznable, preventing him from contacting his Gaw carrier.

During the battle, one of the Dopp’s wing was cut off by the RX-78-2 Gundam but the fighter was able to continue flying to allow him to escape. 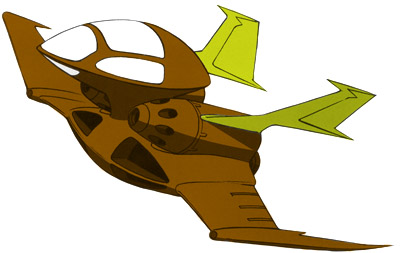 The Dopp was no match for the Federation air force. The fighter had to refuel between or even during operations due to its high fuel consumption rate. This meant that a ground depot, a Gaw carrier or a Dabude-class cruiser had to be nearby. With the Dopp being the backbone of the Zeon air force, Zeon was unable to gain air supremacy against the Federation, even though the Dopp was still useful in destroying enemy bases, naval ships, land battleships and aircraft. 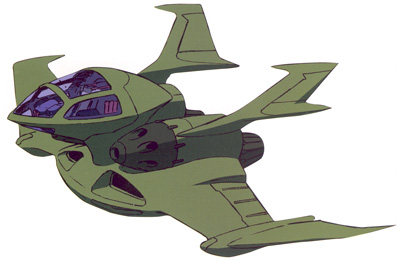 Dopp from The 08th MS Team

When the Federation started deploying mobile suits, the Dopp became obsolete as its weapons could not penetrate the thick armour of the mobile suits.

Despite its shortcomings, it remained in service until Operation Odessa. The fighter was phased out after the end of the war.

The Principality of Zeon scientists were inexperienced in designing aircraft for atmospheric combat. As a result, although the Dopp was more agile than other Earth Federation aircraft of its time, it was slower, used more fuel and had a slow climb rate. 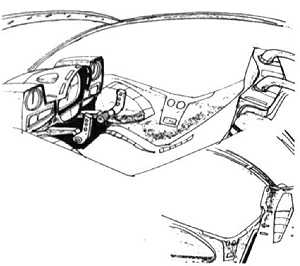 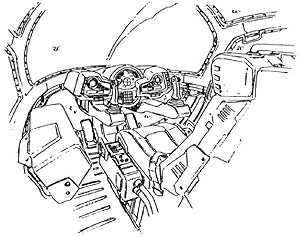 The Dopp was small and fast, making it hard to be shot down by ground units, especially with Minovsky particles interfering with targeting systems.

It relied on its thrusters for propulsion, so it is able to continue flying even if its wings were damaged. 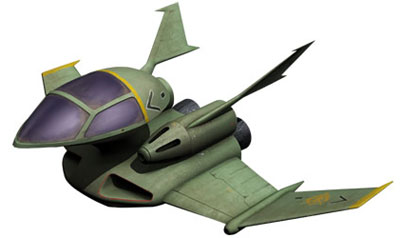 The Dopp was armed with missile launchers for air-to-air and air-to-surface attacks, and vulcan guns for close-range attack.

Two six-tube missile launchers were built into the top of the Dopp, just below the back of the cockpit. These were used against ground bases, naval ships, land battleships, and other big, slow-moving targets. They could also be used against enemy aircraft.

A 20 mm vulcan gun is built into the tip of each missile launcher. These guns were ineffective against heavily armoured units such as mobile suits. They were mainly used for anti-aircraft and anti-personnel attacks.